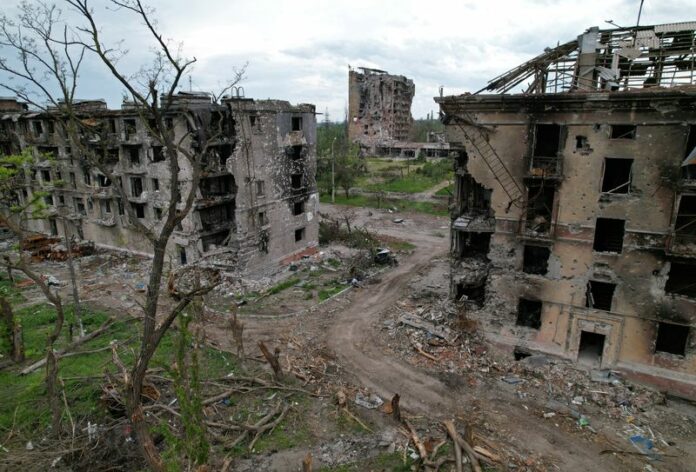 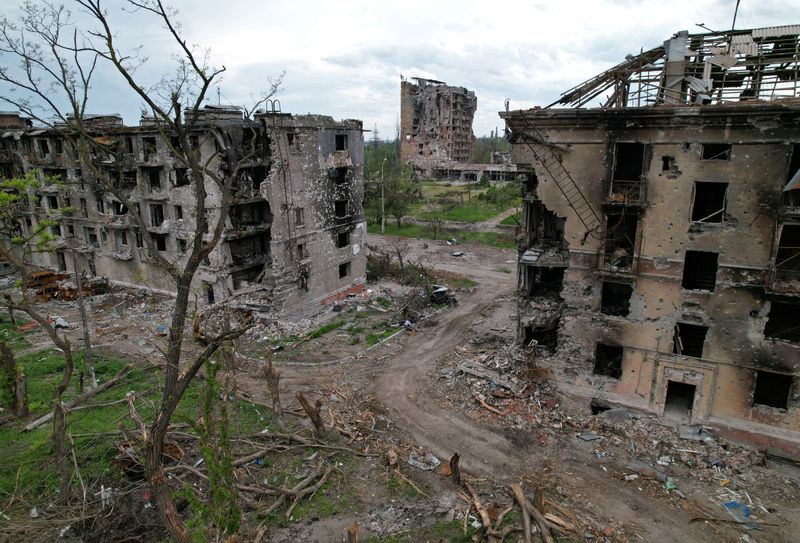 BRUSSELS (Reuters) – Lithuania, Slovakia, Latvia and Estonia will call on Tuesday for the confiscation of Russian assets frozen by the European Union to fund the rebuilding of Ukraine after Russia’s invasion, a joint letter by the four showed on Monday.

On May 3, Ukraine estimated the amount of money needed to rebuild the country from the destruction wrought by Russia at around $600 billion. But with the war still in full swing, the sum is likely to have risen sharply, the letter said.

“A substantial part of costs of rebuilding Ukraine, including compensation for victims of the Russian military aggression, must be covered by Russia,” said the letter, that is to be presented to EU finance ministers on Tuesday.

The letter, seen by Reuters, also calls for the 27-nation bloc to start preparing new sanctions against Moscow.

“Ultimately, if Russia does not stop the military aggression against Ukraine, there should be no economic ties remaining between EU and Russia at all – ensuring that none of our financial resources, products or services contributes to Russia’s war machine,” it said.

The four countries noted that the EU and like-minded countries have already frozen assets belonging to Russian individuals and entities and some $300 billion of central bank reserves.

“We must now identify legal ways to maximise the use of these resources as a source of funding – for both the costs of Ukraine’s continued efforts to withstand the Russian aggression, and for the post-war reconstruction of the country,” they said.

“Confiscation of state assets, such as central bank reserves or property of state-owned enterprises, has a direct link and effect in this regard.”

The European Commission said last Wednesday it could check if it was possible to seize frozen Russian assets to finance Ukraine under national and EU laws but did not mention central bank reserves. Various EU officials have cautioned that confiscation of assets is legally tricky as there are no appropriate EU laws for it.

“In cases where legal ways to confiscate the assets will not be identified, it should be used as leverage and released only once Russia compensates Ukraine for all the damages done,” the four countries said.

Russia calls its actions in Ukraine a “special operation” that it says is not designed to occupy territory but to destroy its southern neighbour’s military capabilities and capture what it regards as dangerous nationalists.