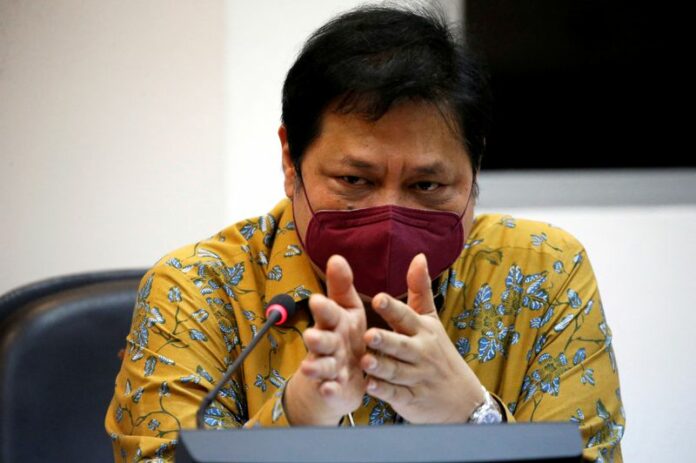 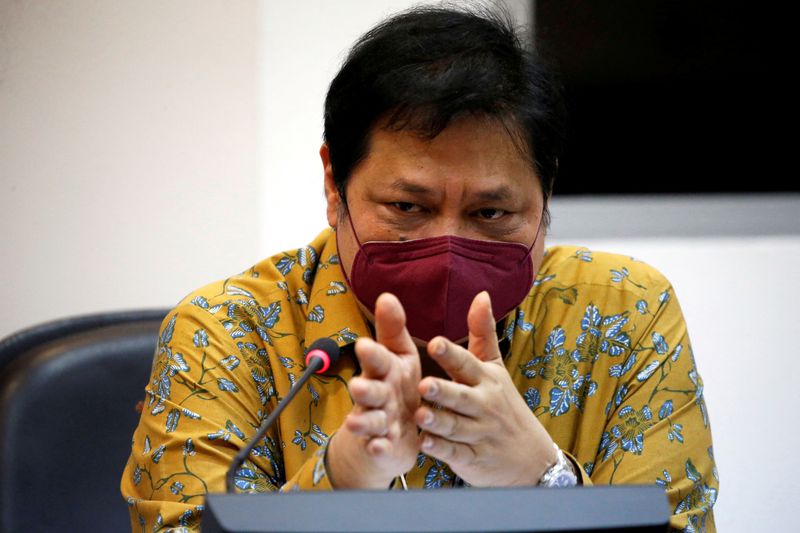 DAVOS, Switzerland (Reuters) – Indonesia has no plans to reduce the percentage of palm oil in biodiesel below its current level of 30% in order to ensure the country’s energy supply, its minister for economic affairs, Airlangga Hartarto, told Reuters on Monday.

“With palm oil, we reduce our dependency on oil. And if now we compare the price of palm oil and the price of energy, you have to (subsidise) more to energy. So the issue will be energy security,” Hartarto said in an interview.

“(The) blending percentage will not be reduced as energy security is top priority,” he added on the sidelines of the World Economic Forum in the Swiss Alpine resort of Davos.

Hartarto said Indonesia, which is the source of 60% of the world’s palm oil, had imposed a 30% level in biofuel to reduce the country’s dependency on crude oil.

“If you are dependent on oil, today you are in (a) disaster situation with the price of oil approaching $110 (a barrel),” Hartarto said, adding that the price Indonesia was budgeting for had been increased to $100 from $60.

Indonesia halted exports of crude palm oil and some derivative products in April in an attempt to bring down soaring local prices of cooking oil. The ban rattled global edible oil markets at a time of supply shortages from the war in Ukraine.

“In Indonesia, the price of energy is not transmitted to the people. So the government pay the delta (difference) between the energy price and affordable price,” Hartarto said.

Indonesia’s Trade Ministry on Monday issued rules stating that companies must obtain an export permit that would be granted only to those able to meet a so-called Domestic Market Obligation (DMO). The regulation did not detail what that DMO would entail, but permits would be valid for six months.

A DMO policy, whereby producers are required to sell a portion of their products locally at a certain price level, was used prior to the most recent ban as a means to try to ensure local supplies, but failed to tame cooking oil prices.

Asked what portion of palm oil must be sold domestically under the DMO, Hartarto said the aim was to make it 20%.

Hartarto said Indonesia’s growth outlook had been one of the strongest in the region at 5% over the past two quarters, and was comparable to Vietnam’s.

“We (are) still optimistic that the growth can be 5%, but subject to the price of energy,” he said.