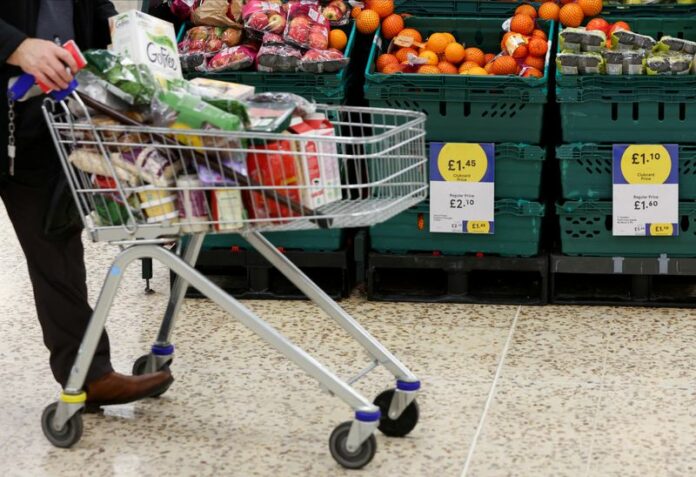 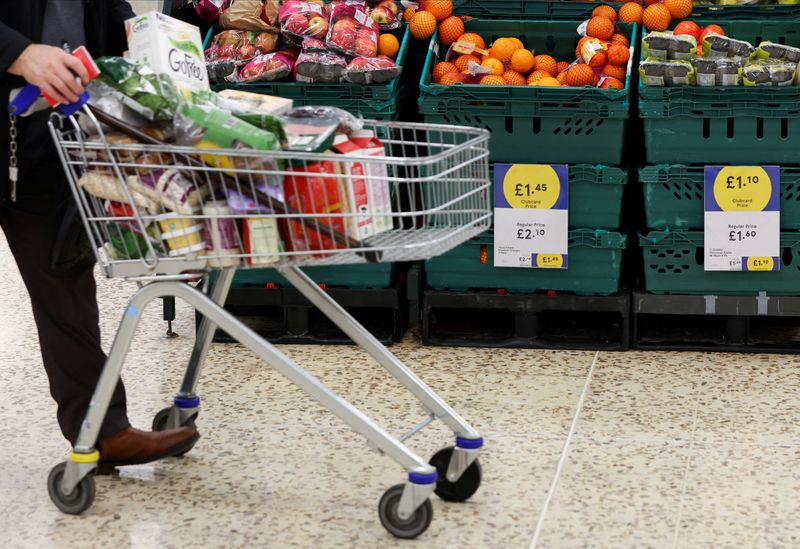 © Reuters. FILE PHOTO: A person pushes a shopping cart next to the clubcard price branding inside a branch of a Tesco Extra Supermarket in London, Britain, February 10, 2022. REUTERS/Paul Childs

LONDON (Reuters) – The inflation picture is hugely concerning but the British government has confidence in the Bank of England to get it right, Chief Secretary to the Treasury Simon Clarke said on Monday.

British inflation surged last month to its highest annual rate since 1982, pressuring finance minister Rishi Sunak to offer more help to households and the Bank of England to keep raising interest rates despite a risk of recession.

“The inflation picture is what is hugely concerning and is making waves across both America and Europe as well. And that’s because this is a truly global problem,” Clarke told LBC Radio.

“We absolutely have confidence in the independent Bank of England to get this right and it’s vitally important that we don’t compromise their independence.”