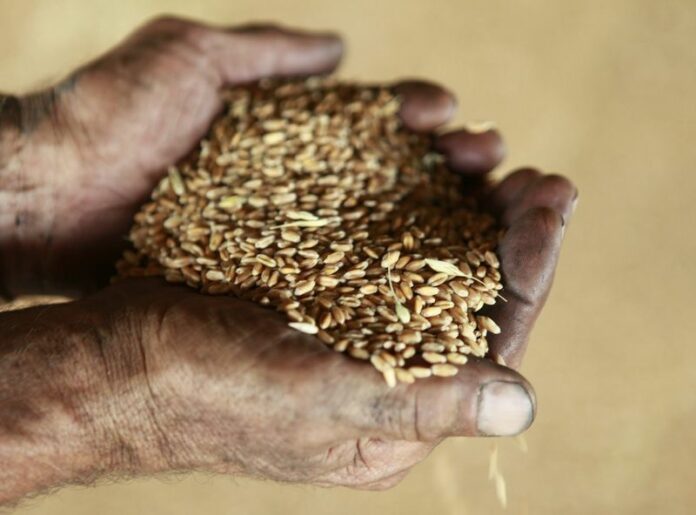 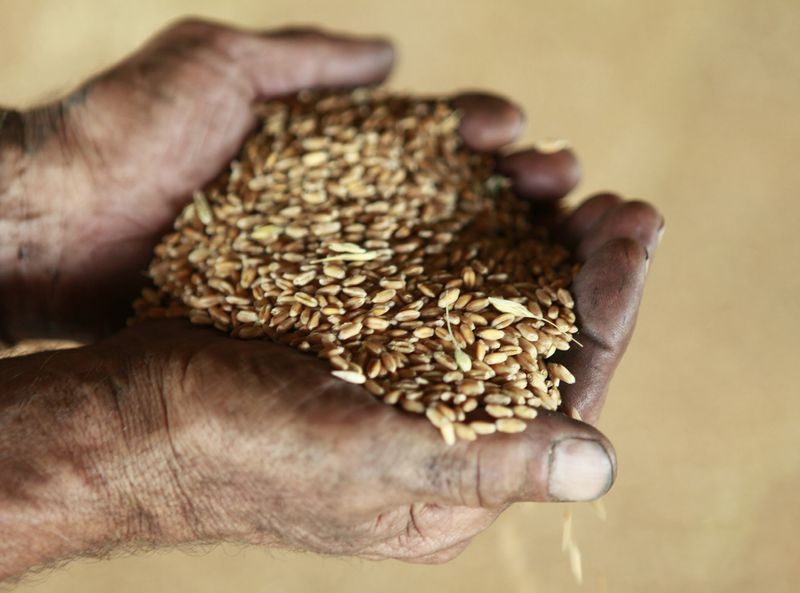 © Reuters. FILE PHOTO: An employee holds wheat at a grain warehouse near the village of Moskovskoye, outside Stavropol in southern Russia, June 26, 2013. REUTERS/Eduard Korniyenko

LONDON (Reuters) -The Kremlin said on Monday that the West had triggered a global food crisis by imposing the severest sanctions in modern history on Russia over the war in Ukraine.

The war – and the West’s attempt to isolate Russia as punishment – have sent the price of grain, cooking oil, fertiliser and energy soaring.

U.N. Secretary-General Antonio Guterres said on Wednesday that he was in intense contact with Russia, Ukraine, Turkey, the United States and the European Union in an effort to restore grain exports from Ukraine as a global food crisis worsens.

Russian President Vladimir Putin, the Kremlin said, agreed with the United Nations assessment that the world faced a food crisis that could cause famine.

Russia and Ukraine together account for nearly a third of global wheat supplies.

Ukraine is also a major exporter of corn, barley, sunflower oil and rapeseed oil, while Russia and Belarus – which has backed Moscow in the war and is also under sanctions – account for over 40% of global exports of the crop nutrient potash.

The United Nations has said 36 countries count on Russia and Ukraine for more than half their wheat imports, including some of the poorest, among them Lebanon, Syria, Yemen, Somalia and Democratic Republic of Congo.

The Kremlin said Ukraine had made commercial shipping impossible by mining its waters.

Ukraine has lost some of its biggest seaports – including Kherson and Mariupol – to Russian occupation, and fears Russia may try to seize a third, Odesa.

Peskov said Russia had not prevented Ukraine exporting grain to Poland by rail – a far slower method – despite the fact that the West was sending in weapons in the opposite direction.

A U.N. food agency official said two weeks ago that nearly 25 million tonnes of grain was stuck in Ukraine due to infrastructure challenges and blocked seaports.

U.S. Secretary of State Antony Blinken accused Russia on Thursday of using food as a weapon by holding supplies “hostage” for not just Ukrainians, but also millions around the world.