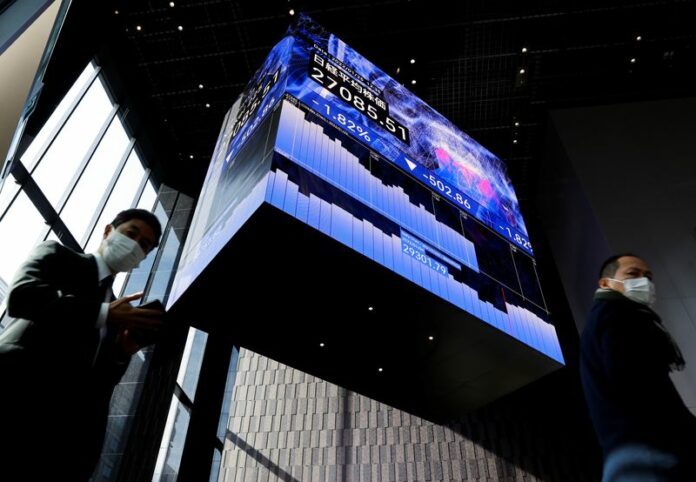 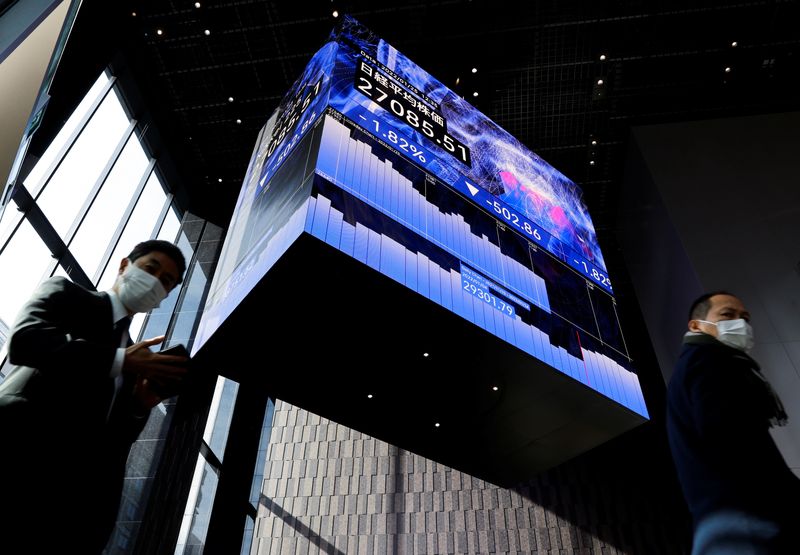 SYDNEY (Reuters) – Asian shares slipped on Tuesday as relief at a rally on Wall Street was quickly soured by a slide in U.S. stock futures, while the euro held near one-month highs as odds narrowed on a July rate rise by the ECB.

Markets had taken some comfort from U.S. President Joe Biden’s comment on Monday that he was considering easing tariffs on China, and from Beijing’s ongoing promises of stimulus.

“Our 2Q global growth forecast stands at just 0.6% annualised rate, easily the weakest quarter since the global financial crisis outside of 2020.”

Early surveys of European and U.S. manufacturing purchasing managers for May due on Tuesday could show some slowing in what has been a resilient sector of the global economy.

Japan’s manufacturing activity grew at the slowest pace in three months in May amid supply bottlenecks, while Toyota announced a cut in its output plans.

Analysts have also been trimming growth forecasts for the United States given the Federal Reserve seems certain to hike interest rates by a full percentage point over the next two months.

The hawkish message is likely to be driven home this week by a host of Fed speakers and minutes of the last policy meeting due on Wednesday.

The European Central Bank is also turning more hawkish, with President Christine Lagarde surprising many by opening the door for a rate rise as early as July.

That saw the euro at $1.0670, having bounced 1.2% overnight in its best session since early March. It now faces stiff chart resistance around $1.0756.

The dollar also retreated versus sterling and a range of currencies, taking the dollar index down 0.9% overnight. It was last up a fraction at 102.260.

Meanwhile the euro jumped sharply to 136.56 Japanese yen, while the dollar held steady at 127.95 yen.

The pullback in the dollar helped gold regain some ground to $1,852 an ounce. [GOL/]

Oil prices were caught between worries over a possible global downturn and the prospect of higher fuel demand from the U.S. summer driving season and Shanghai’s plans to reopen after a two-month coronavirus lockdown. [O/R]