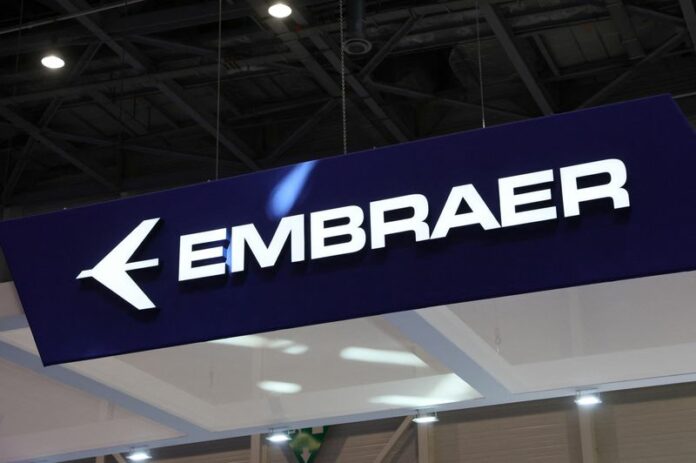 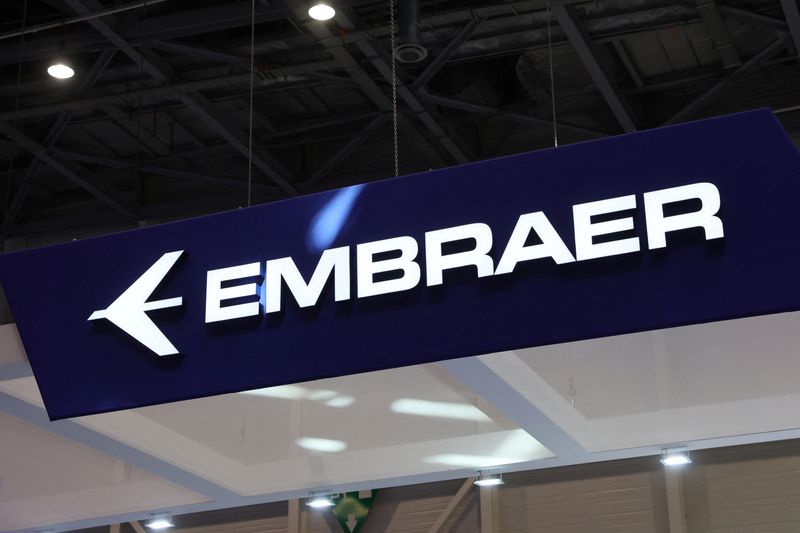 © Reuters. An Embraer logo is pictured during the European Business Aviation Convention & Exhibition (EBACE) in Geneva, Switzerland, May 23, 2022. REUTERS/Denis Balibouse

SAO PAULO (Reuters) -The Brazilian Air Force has decided to cut its order for Embraer SA (NYSE:ERJ)’s KB-390 military cargo planes to 15 aircraft from 22 previously, according to a report from local newspaper O Globo on Monday.

Lieutenant-Brigadier General Carlos de Almeida Baptista Junior said the Air Force will further reduce its order due to budget unpredictability, according to the report.

“We can’t afford it in the short term,” O Globo quoted him as saying.

The Air Force had said in November it would unilaterally cut its original 28-aircraft order to 15, but in February had reached a deal with Embraer to reduce it to 22 planes.

Embraer said in a statement regarding the matter that it has a contract with the Brazilian Air Force to supply it with 22 aircraft, while the Air Force did not immediately respond to a request for comment.