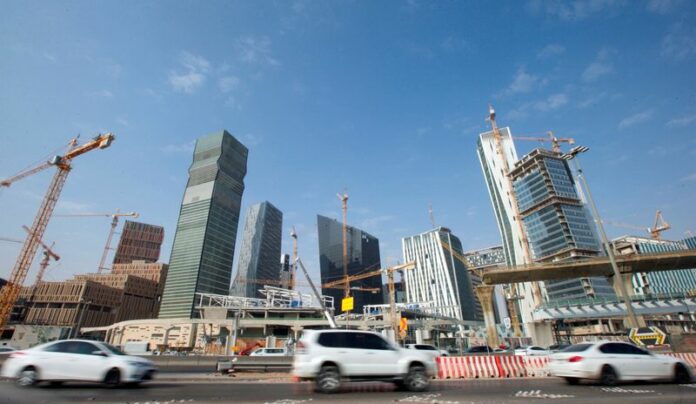 DAVOS, Switzerland (Reuters) -Saudi Arabia’s policy on fiscal sustainability would ensure that reserves do not fall below a certain percentage level of the country’s gross domestic product, its finance minister said.

The world’s biggest crude exporter, whose economy is estimated at $1 trillion, said in its budget for 2022 that the Fiscal Sustainability Programme aims to de-couple the economy from oil price fluctuations, realising several economic benefits for the non-oil economy and the private sector.

“We are at a final stages of designing our fiscal sustainability policy,” Minister of Finance Mohammed al-Jadaan told Reuters on the sidelines of the World Economic Forum.

“According to that policy, our reserves shall not fall below a certain percentage level of GDP. That figure would be in the double digits,” he added.

“In the last five years, we have spent a trillion riyal from reserves and we are still replenishing them,” he said.

Foreign reserves shrank from a record high of $737 billion in August 2014 to $529 billion at the end of 2016 as the government liquidated some assets to cover the huge budget deficit caused by the fall in oil prices.

Government reserves at the Saudi central bank were projected to hit 350 billion riyals at the end of financial year 2021, according to the budget document.

Jadaan said Saudi Arabia will “ultimately” consider cutting the rate of value-added tax (VAT), which was increased to 15% in 2020. The VAT rate was tripled to shore up finances hit by low oil prices, as the pandemic hit global demand.

“We will ultimately consider cutting the VAT but at the moment we are still replenishing the reserves,” he said.

Oil prices have surged past $100 a barrel this year in the aftermath of the Russia-Ukraine conflict, resulting in a $15.33 billion budget surplus for Saudi Arabia in the first three months of 2022.