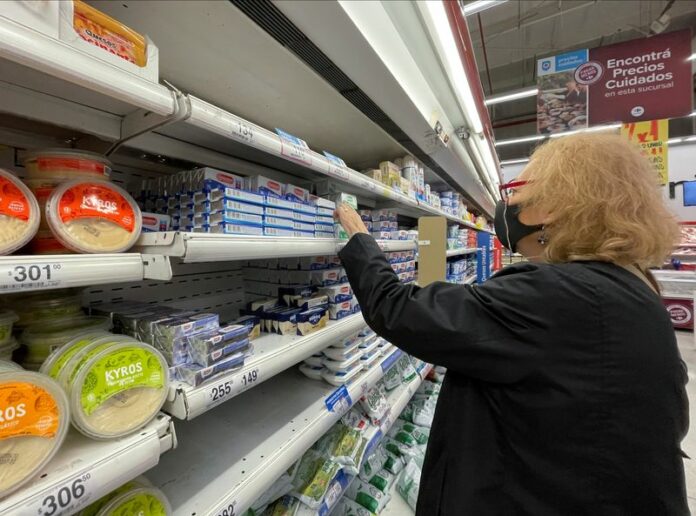 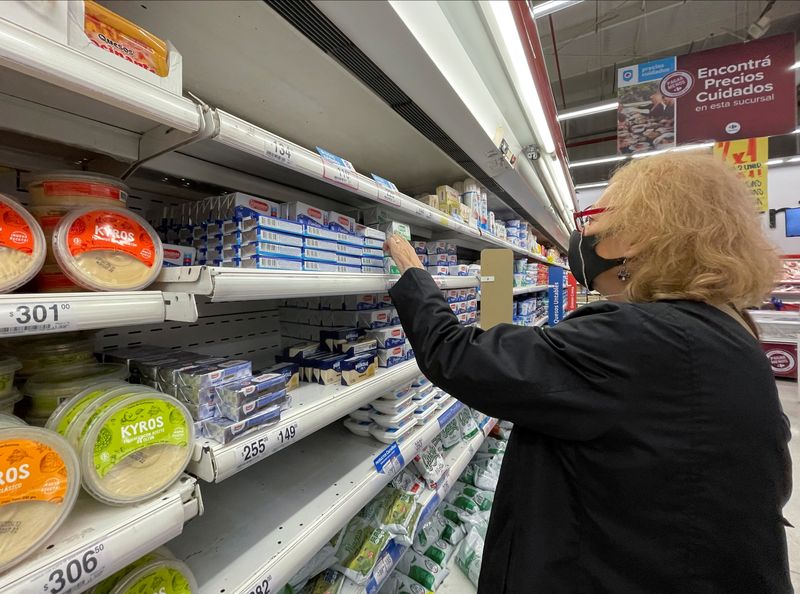 © Reuters. FILE PHOTO – A woman shops in a supermarket, in Buenos Aires, Argentina May 4, 2022. Picture taken May 4, 2022. REUTERS/Agustin Marcarian

BUENOS AIRES (Reuters) – A senior official in Argentina charged with leading government efforts to tame sky-high inflation resigned on Monday due to differences over how to contain steadily creeping prices, which have hobbled the country’s economy.

Annual inflation in the South American nation reached 58% in April, as many food and energy prices surged in the aftermath of Russia’s invasion of Ukraine, with some analysts predicting consumer prices will jump 70% later this year.

Domestic Trade Minister Roberto Feletti announced his move in a post on Twitter (NYSE:TWTR) along with his resignation letter after serving a little more than seven months in the post and citing policy “discrepancies” but without going into detail.

Last week, the ministry Feletti led was folded into the economy ministry, as internal tensions within the center-left ruling Peronists of President Alberto Fernandez have spilled out into public.

In a statement issued later on Monday, Guillermo Hang, a central bank official, was named the new domestic trade minister.