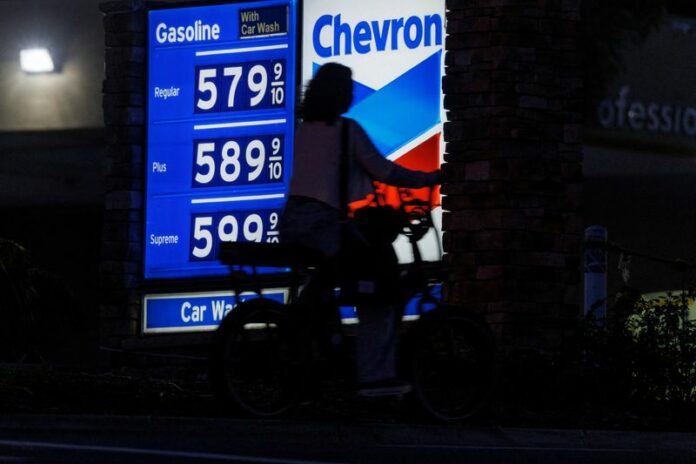 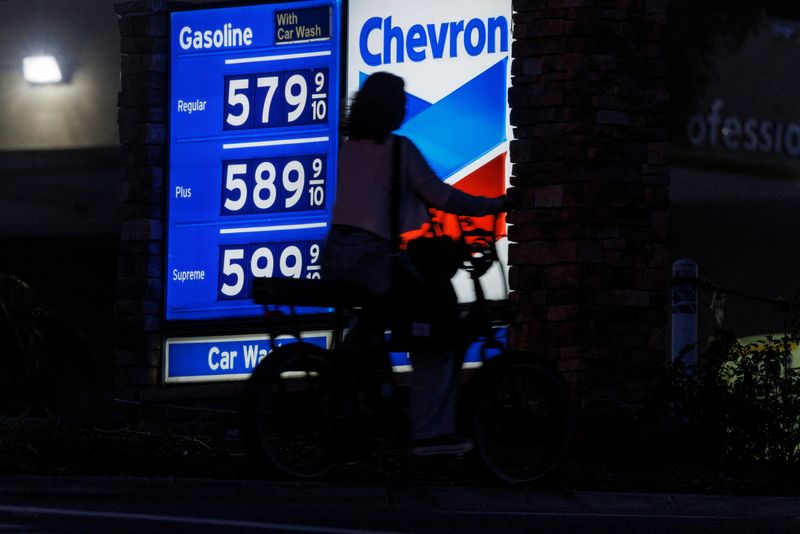 By Stephanie Kelly and Arathy Somasekhar

NEW YORK (Reuters) – U.S. Memorial Day weekend travel is expected to be the busiest in two years as more American drivers hit the road and shake off coronavirus lock-ins despite high fuel prices.

The kickoff to the summer U.S. driving season may indicate just how much consumers are willing to tolerate fuel price increases. Miles traveled by motorists rose 5.6% in the first three months of the year even as the price of a gallon of regular gasoline has jumped 50% in the last year, to more than $4.59 on average nationally, according to the American Automobile Association.

“Americans just don’t seem to be having a major reaction yet to the high price,” said Patrick De Haan, head of petroleum analysis at price tracker GasBuddy, who says the nation could see $5-plus prices before long.

Ten states and the District of Columbia are already paying more than $5, with California’s statewide average surging to more than $6 a gallon.

Some 39 million people will travel 50 miles or more by car during the Memorial Day Weekend, up 8.3% from a year-ago and close to pre-pandemic volumes, according to motorist group the American Automobile Association.

In Barnstable, Mass., Dean DeLaHaye and wife Brigitte were preparing for a 250-mile round trip to New Hampshire to visit relatives.

“Most people are sick of staying home in the pandemic,” said DeLaHaye, who refueled his Volkswagen (ETR:VOWG_p) Golf for the trip. “High prices have not affected us. I’m going to drive,” he added.

“If exports persist at this elevated pace and refinery runs – already near the top of the range for reasonable utilization rates – fall within our expectations… retail gasoline prices could climb to $6 per gallon or even higher,” said JPMorgan (NYSE:JPM) analysts.

Consumption of motor gasoline is set to hit 9.12 million barrels per day (bpd) this month, and reach a peak for this summer at 9.31 million bpd in July, according to EIA data.

Instead of driving less, U.S. consumers likely will look to cut costs elsewhere, such as by dining out less, said AAA spokesperson Devin Gladden.