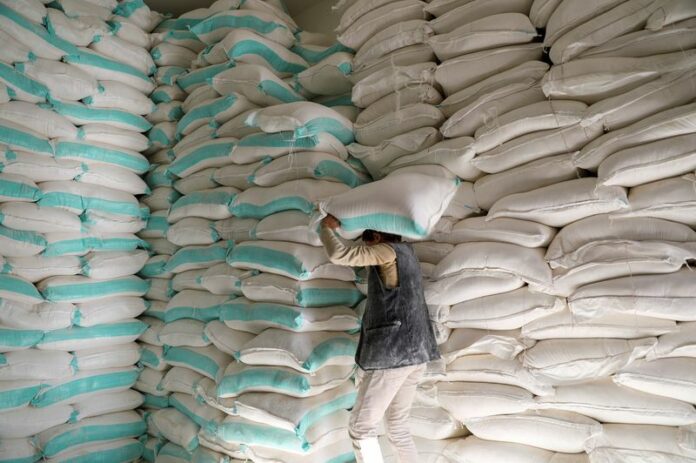 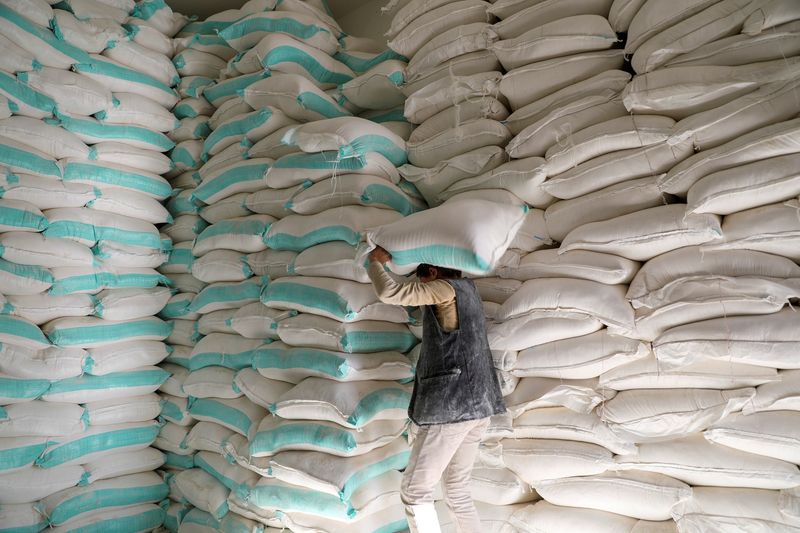 By Jessica DiNapoli and Dan Burns

DAVOS, Switzerland (Reuters) – A growing world food crisis is precipitating protectionist moves by countries which are likely to compound the problem and could lead to a wider trade war, business leaders and policymakers at the World Economic Forum said.

In a sign of the escalating squeeze on food supplies and rising prices, a government source told Reuters that India could restrict sugar exports for the first time in six years to prevent a surge in domestic prices.

Meanwhile Indonesia, the world’s biggest palm oil exporter, will remove a subsidy on bulk cooking oil and replace it with a price cap on the raw materials for local refiners.

“It is a major issue, and frankly I think the problem is even bigger ahead of us than it is behind us,” Gita Gopinath, first deputy managing director of the International Monetary Fund, told Reuters of rising food security concerns.

“It’s very important for the leaders of the world to sit at the table with calm and talk about how we will manage trade and food and investment,” Jay Collins, vice chairman of banking, capital markets and advisory at Citigroup (NYSE:C) told the Reuters Global Markets Forum in Davos.

“There’s a lot of conversations actually with the G7 happening here in the past 48 hours,” Collins said.

For residents in countries in Sub-Saharan Africa, for instance, 40% of their consumption is spent on food, Gopinath said. As well as a “huge hit to the cost of living”, price rises have given rise to hoarding by governments.

“We have about 20 plus countries that have put restrictions on exports of food and the fertilizers, and that can only compound the problem and make things worse,” she said on Monday.

Russia’s invasion of Ukraine, which Moscow describes as a “special military operation”, has led to a sudden crunch in a crisis that was already in the offing.

The number of people “marching to starvation” has risen from 80 million to 276 million over the last four to five years, Beasley told Reuters in an interview in Davos.

“To keep the ports closed as the harvest season is now coming in Ukraine in July and August, it means a declaration of war on global food supply,” he said.

Many companies at Davos have been in touch about how they can act to address the food crisis, Beasley added.

“Agriculture has to be part of the solution to climate change and has to tackle food security,” Erik Fyrwald, CEO of Syngenta Group, said during a panel discussion on Monday.

Fyrwald said Syngenta has demonstration farms that show how farming practices such as not tilling the soil and covering crops in the winter to prevent soil erosion were better for soil, food security and climate change.

Another potential solution to the food crisis is to tackle waste, Gilberto Tomazoni, CEO of JBS SA (OTC:JBSAY), the world’s largest meat processor, told a WEF panel on Tuesday.

“Humanity is faced with two big emergencies at the same time, we need to face climate change and we need to produce more to feed a growing population,” Tomazoni said.

“And the way we are producing today is not sustainable. This is our big, big challenge. Food waste, we need to take on this situation,” Tomazoni added.