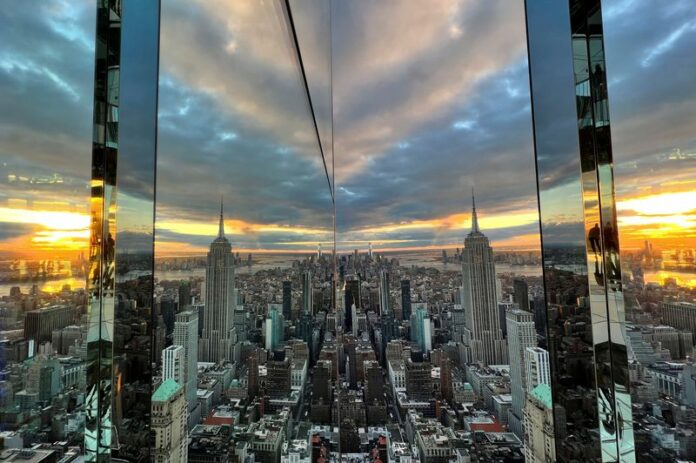 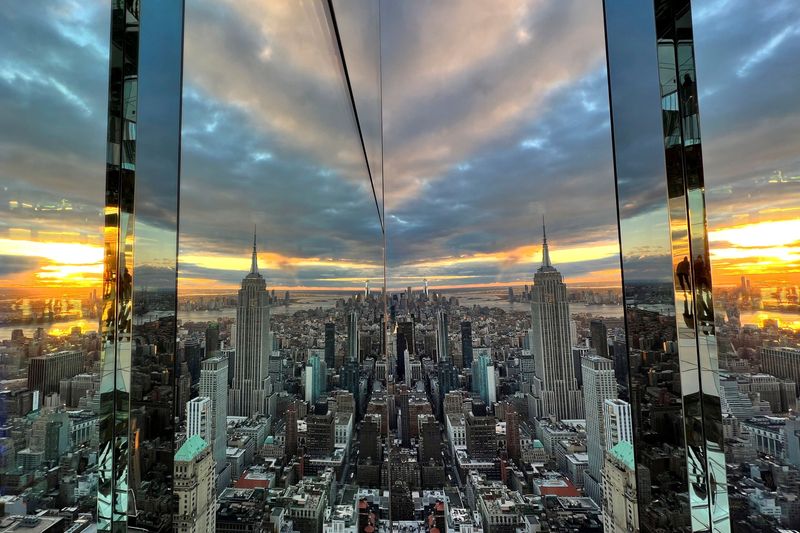 NEW YORK (Reuters) – Efforts by financial firms and others to bring workers back to Manhattan offices more than two years after the start of the coronavirus pandemic face persistent headwinds, consultants said, with commuters still worrying about COVID-19 as well as safety.

New York has lagged others major markets in the percentage of employees regularly working in the office, in part because of high usage rates of public transportation and COVID concerns, said David Lewis, chief executive of HR consultant firm OperationsInc, which works with several firms in the financial sector.

Overall, New York City had an office occupancy rate of 38.8% in the week that ended May 11, below the 43.4% occupancy rate nationwide, according to , which sells office access cards.

Subway system safety was the largest obstacle in returning to the office, with 94% of respondents saying that not enough is being done to address the issue, according to a by the Partnership for New York City.

“Companies will need to address fears of public transportation if they want to have a hope of getting people to return to the office,” said Lewis.

There have been a series of recent attacks that have included a mass shooting at a subway station in Sunset Park, Brooklyn in April and the death of Michelle Go, a 40-year-old woman who died in January after being shoved in front of an approaching train at the Times Square station. On Sunday, Daniel Enriquez, who had worked for Goldman Sachs’ Global Investment Research since 2013, was killed while on a Manhattan-bound Q train in an apparently random attack.

Approximately 80% of office workers in Manhattan relied on the subway to get to work before the coronavirus pandemic began, said Kathryn Wylde, chief executive of nonprofit Partnership for New York City.

“The uptick in crime on the subway over the last two years has clearly discouraged people about its safety, and whether it’s an excuse or reality, people are less willing to return to the office unless the crime situation on the subway is dealt with,” she said.

Rising concerns about public safety may prompt more firms to pay for taxis or private shuttles for employees, said Melissa Swift, U.S. transformation leader at Mercer. “It didn’t used to be an employer’s job to get you to the office, but one consequence of the COVID period is that once work and life blended together you can’t just pry them apart again,” she said.

Mayor Eric Adams, a former police captain who took office in January, increased the number of police in the Transit Bureau to 3,500, exceeding the 3,250 officers sent to the system last summer in a surge by his predecessor. Adams said he would temporarily double that number following the Sunset Park shooting.

Concerns about the safety of public transportation will likely add to the existing pressures on the New York City office market, said Scott Crowe at real estate investment firm CenterSquare Investment Management in Philadelphia, who expects market values for office buildings in Manhattan to fall by 10% or more.

“Employers are under tremendous pressure from employees to offer the most flexibility as possible as it relates to location of work,” he said. “If there are now issues around safety that’s another headwind for employers to be trying to get people back to work.”