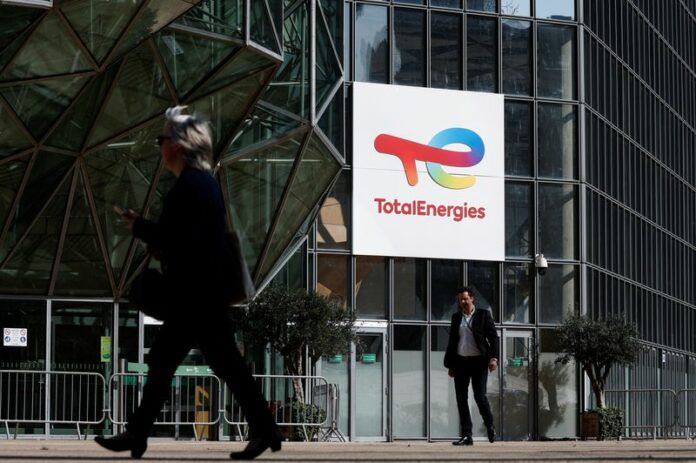 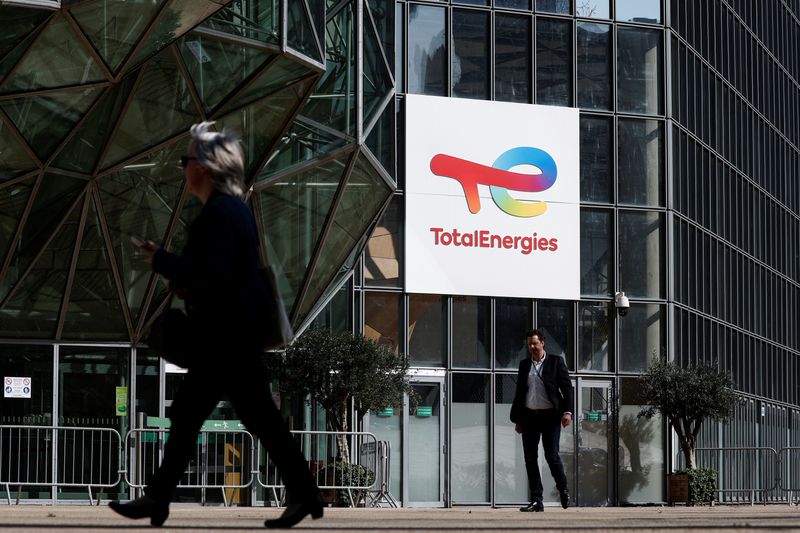 PARIS (Reuters) -TotalEnergies’ shareholders on Wednesday voted in favour of the French oil and gas company’s climate strategy at an annual meeting as protesters outside denounced the group’s environmental toll and its business in Russia.

Support at 88.89% was down from 91.88% last year when shareholders voted in favour of the climate plan and approved a rebranding marking the company’s shift toward renewable energy.

Though few shareholders were able to access the room due to some 200 protesters gathered outside, the meeting, simultaneously transmitted online, nevertheless reached the required quorum and began shortly after the appointed time.

TotalEnergies’ climate resolution had met earlier opposition from minority shareholders, who pressed the company to go further in plans to cut its greenhouse gas emissions.

Two minority shareholder groups had proposed alternative climate resolutions to the general meeting but one was retracted after TotalEnergies made new transparency pledges.

The company last month blocked another proposed resolution that it bring its emissions targets in line with the Paris climate deal, citing legal reasons.

“The transposition of the Paris agreement into company statutes would open a field of potentially huge and dangerous legal disputes,” Chief Executive Patrick Pouyanne told shareholders in a mostly empty room.

Shareholders also approved Pouyanne’s pay package by a narrow margin, after nearly a fifth of voters opposed it.

Activists outside, organised by climate groups including the local branches of Greenpeace and Friends of the Earth, were calling on TotalEnergies to fully exit its Russian business and shareholders to stop funding environmentally “lethal” projects.

Pouyanne said the group would exit its Russian assets if sanctions require it.

TotalEnergies in March said it aimed to cut emissions from its fuel product sales by more than 30% by 2030 compared with 2015.