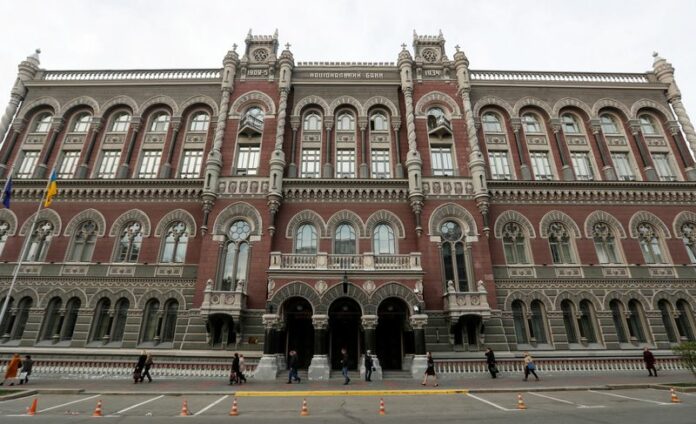 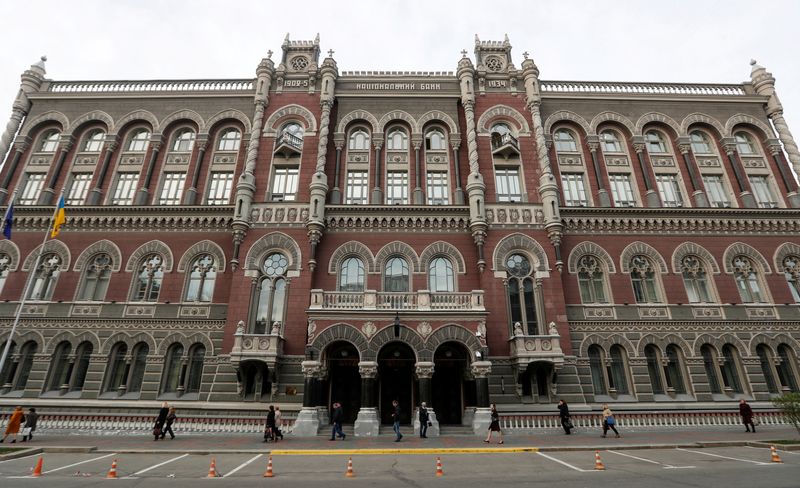 KYIV (Reuters) – Ukraine’s banking system posted a net loss of 7.4 billion hryvnias ($253 million) in January-April, a rise from 0.16 billion hryvnias in January-March, as Russia pressed on with its military offensive, central bank data showed on Tuesday.

Russia’s invasion on Feb. 24 has harmed business activities, prevented many companies and individuals from servicing their loans and led to the banking system’s first losses since 2017.

The central bank said the return on assets ratio of the banking system – an indicator of profitability – had worsened to minus 1.11% as of end-April from minus 0.03% as of end-March.

The central bank has said the war could cause Ukraine’s economy to contract by at least one-third in 2022 and drive up inflation to over 20%.