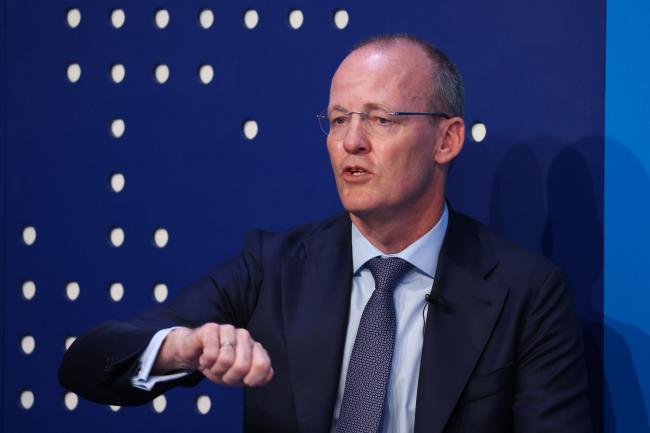 © Bloomberg. Klaas Knot, president of De Nederlandsche Bank NV, speaks during a panel session on day three of the World Economic Forum (WEF) in Davos, Switzerland, on Wednesday, May 25, 2022. The annual Davos gathering of political leaders, top executives and celebrities runs from May 22 to 26.

“I’m fully on board, I fully support everything that is in the blog,” the Dutch central banker said at panel discussion in Davos Wednesday. “I think it nicely charts the policy course.”

The comments by Knot, a hawkish voice on the Governing Council, contrast with his Austrian counterpart Robert Holzmann, who on Tuesday called for a half-point hike in July. That’s double the magnitude implied by Lagarde. The ECB’s deposit rate has been negative since 2014 and currently stands at -0.5%.