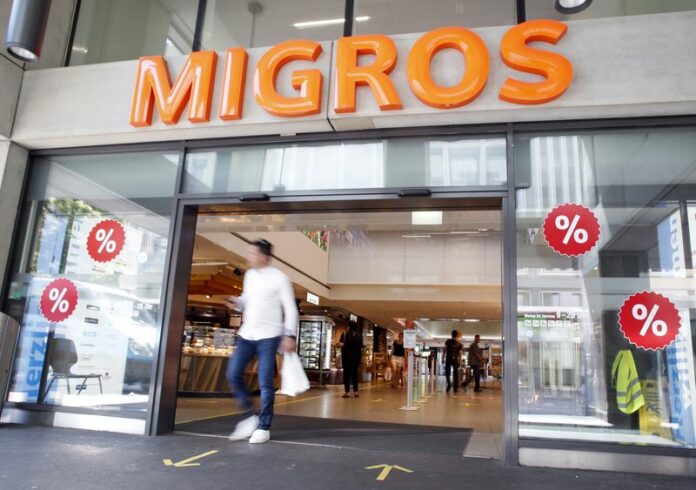 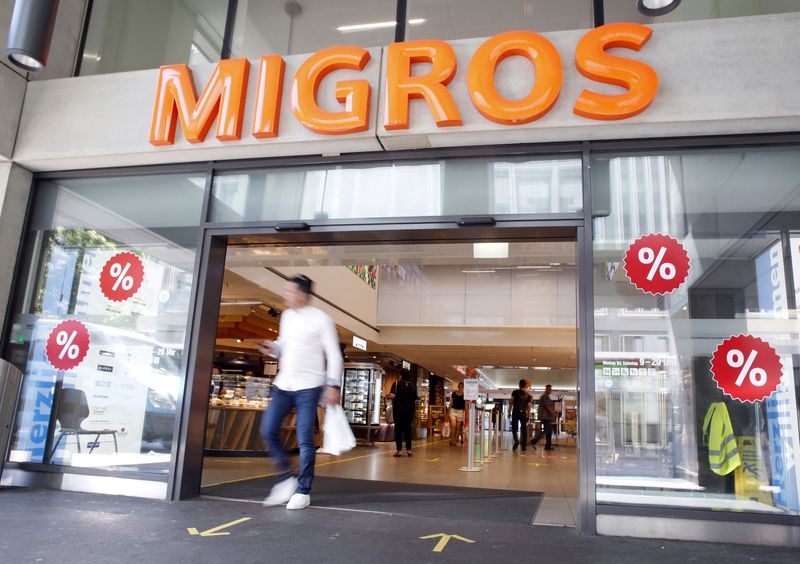 © Reuters. FILE PHOTO: The company’s logo is seen above the entrance of a supermarket of Swiss retail group Migros, as the spread of the coronavirus disease (COVID-19) continues, in Zurich, Switzerland June 24, 2020. REUTERS/Arnd Wiegmann/File Photo

ZURICH (Reuters) – Swiss supermarket chain Migros, whose health-conscious founder banned alcohol sales when he set up the business in the 1920s, could soon sell wine, beer and liquor if cooperative members vote to approve the move.

The alcohol ban was instituted in 1928, three years after the chain’s founder Gottlieb Duttweiler began his pioneering retail work by sending out five trucks with just six basic items to sell direct to households from one village to the next.

About 2.3 million members of the cooperative which owns the stores can vote by June 4 whether to upend the tradition at the now ubiquitous outlets and put booze on the shelves, a move opponents say will betray Duttweiler’s founding philosophy.

Duttweiler, who was concerned about the well-being of his customers, banned both alcohol and tobacco sales from the stores that emerged from his initial truck business. Tobacco will still be banned but adding alcohol to the shelves worries some.

Addiction experts say it will remove a safe haven for alcoholics to shop. A poll published by the Tages-Anzeiger newspaper in April showed more than half of nearly 10,000 Swiss surveyed opposed the sale of alcohol at Migros.

“Gottlieb Duttweiler would turn in his grave if Migros now sold alcohol,” retiree Willi Siegenthaler, 76, told the Migros magazine in a on its website.

Bicycle mechanic Stefan Zurbuchen, 35, is among those opposing booze sales. “It’s a dangerous drug, so it doesn’t need to be distributed by yet another supermarket,” he said.

Results of the vote will emerge in mid-June.