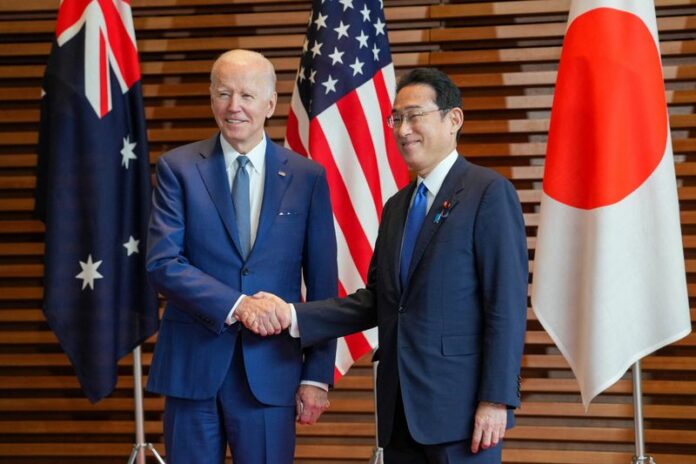 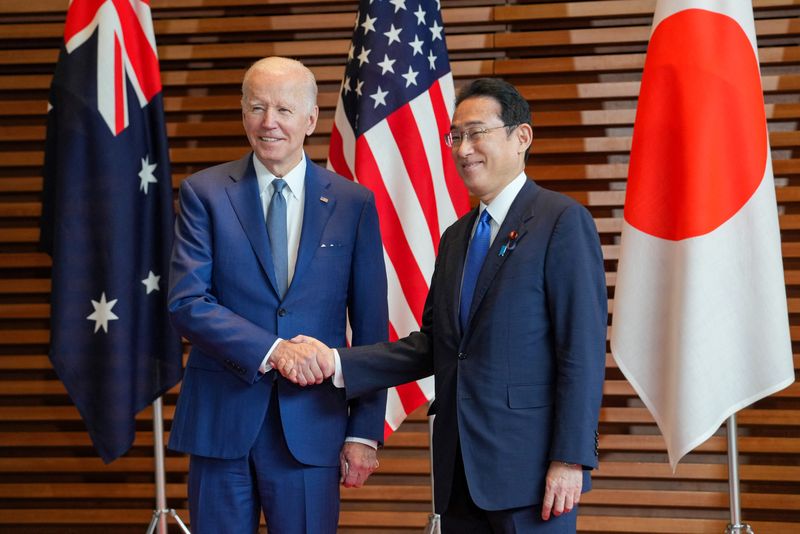 TOKYO (Reuters) – Japan aims to “drastically strengthen” its military capabilities, according to an economic policy draft seen by Reuters, as officials worry that Russia’s invasion of Ukraine could prompt instability in East Asia.

The draft, a long-term economic outline that is updated annually, does not gives details about spending, but says for the first time: “There have been attempts to unilaterally change the status quo by force in East Asia, making regional security increasingly severe.”

It also does not specify security threats in the region, but Japan’s military planners have expressed repeated concern about China, with which Japan has a long-running territorial dispute, and North Korea.

Kishida’s news conference with Biden was dominated by the president saying the United States would be willing to use force to defend Taiwan from Chinese aggression.

“We will drastically strengthen defence capabilities that will be the ultimate collateral to secure national security,” the draft document says.

“It’s natural (for the government) to secure defence spending equivalent of 2% of GDP,” Abe, who still wields considerable clout as head of the biggest faction in the ruling Liberal Democratic Party, was quoted as saying.

Kishida has not said how much he wants to boost military spending for the fiscal year starting in April 2023.

The lower house of parliament on Friday approved an extra budget worth 2.7 trillion yen, funded by bond sales, to cushion the blow to households and firms from rising fuel and raw material costs. The upper house is expected to enact the budget into law next week.

With Kishida facing a national election in July, another supplementary budget “is almost a done deal”, Hoshino said. “The question is how to secure funding, other than having to rely on ultra-low borrowing costs provided by the Bank of Japan.”