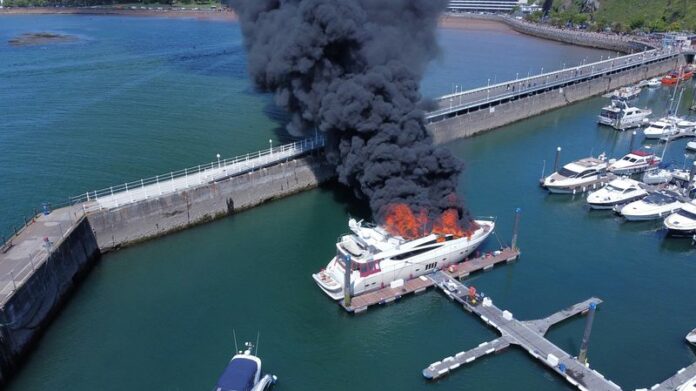 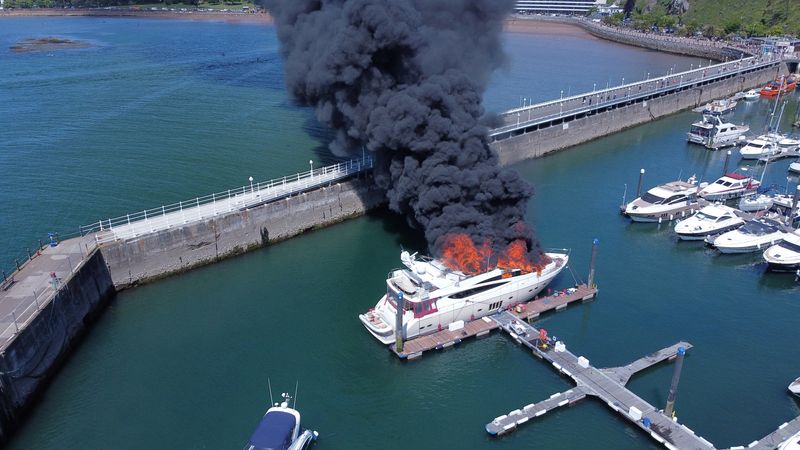 © Reuters. Thick black smoke rises from a fire on a yacht, at Torquay harbour in Torquay, Britain May 28, 2022. Picture taken with a drone. Mike Trower/Handout via REUTERS

LONDON (Reuters) -Fire ripped through a superyacht in southwest England on Saturday, sending thick plumes of black smoke into the sky and eventually sinking the vessel after it briefly drifted across its marina.

The Environment Agency said the yacht contained about 9 tonnes of diesel, prompting concerns about pollution and forcing local areas and nearby beaches to briefly close.

Police and fire officials said the 85 foot (26 metre) yacht in Torquay, Devon, had been “well alight” by midday. The cause of the fire is being treated as unexplained.

The police said no one had been injured in the fire and officers did not disclose who owned the vessel.

“The boat is believed to have caught alight and broke away from the mooring but was later secured by the Fire Service near the pier,” local police said. “There have been no reported injuries.”

“Shortly before 4 p.m. (1500 GMT) the vessel became fully submerged underwater. The Harbourmaster supported by the Environmental Agency will look to safely recover the vessel in due course.”