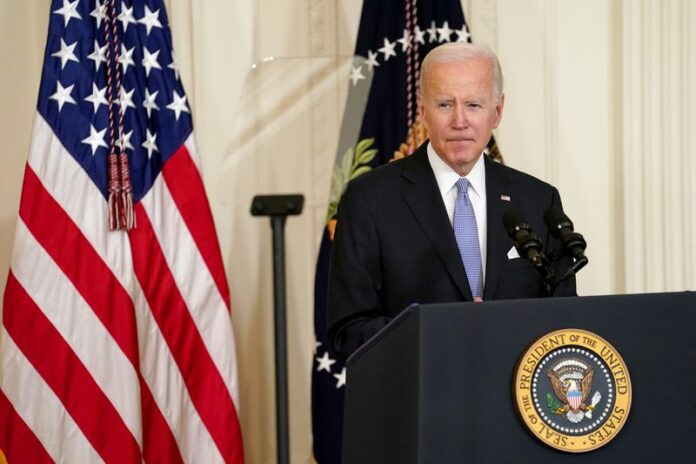 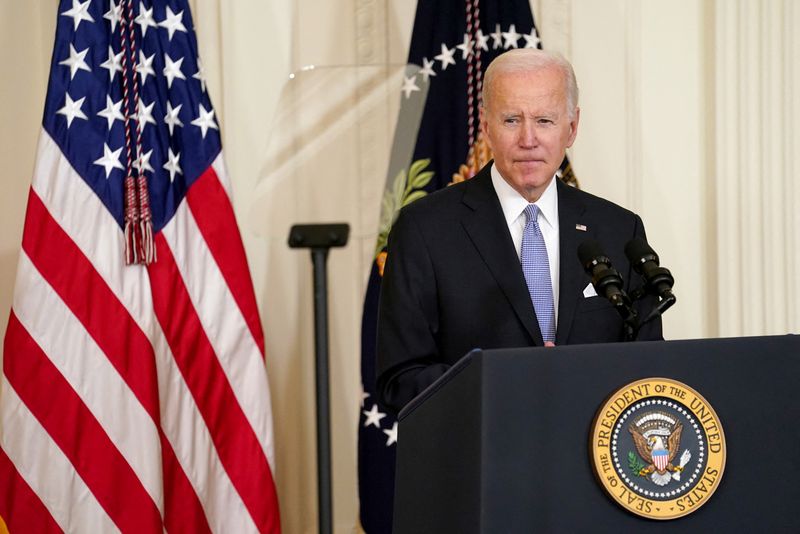 © Reuters. FILE PHOTO: U.S. President Joe Biden speaks ahead of the signing of an executive order to reform federal and local policing on the second anniversary of the death of George Floyd, during an event at the White House in Washington, U.S., May 25, 2022. REUTE

By Gabriella Borter and Jarrett Renshaw

UVALDE, Texas (Reuters) -President Joe Biden flew to the Texas town of Uvalde on Sunday to comfort families ripped apart by the worst U.S. school shooting in a decade as the public demands answers about why local police failed to act swiftly.

There was mounting anger over the decision by local law enforcement agencies in Uvalde to allow the shooter to remain in a classroom for nearly an hour while officers waited in the hallway and children inside the room made panicked 911 calls for help.

Biden will meet with victims’ families, survivors and first responders, attend a church service and visit a memorial erected at the Robb Elementary School where the gunman killed 19 students and two teachers.

“Too much violence, too much fear, too much grief,” Biden told graduates in a commencement speech on Saturday at the University of Delaware. “We cannot outlaw tragedy, I know, but we can make America safer. We can finally do what we have to do to protect the lives of the people and of our children.”

Biden, a Democrat, has repeatedly called for major changes to America’s gun laws but has been powerless to stop mass shootings or convince Republicans that stricter controls could stem the carnage.

The Texas visit will be his third presidential trip to a mass shooting site, including earlier this month when he visited Buffalo, New York, after a gunman killed 10 Black people in a Saturday afternoon attack at a grocery store.

The Uvalde shooting has once again put gun control at the top of the nation’s agenda, months ahead of the November midterm elections, with supporters of stronger gun laws arguing that the latest bloodshed represents a tipping point.

“The president has a real opportunity. The country is desperately asking for a leader to stop the slaughter from gun violence,” said Igor Volsky, executive director of Guns Down America.

Volsky urged Biden to enlist a senior official to tackle the country’s gun problem and pressure Congress to pass meaningful gun reform, saying Biden had promised to be a deal maker and to tackle gun violence.

Vice President Kamala Harris called for a ban on assault-style weapons during a trip to Buffalo on Saturday, saying that in the wake of the two back-to-back mass shootings such arms are “a weapon of war” with “no place in a civil society.”

He is also unlikely to take executive action to crack down on firearms because that could send Republican lawmakers otherwise open to negotiations back to their corners.

Senate Democrats have also dialed down the rhetoric as negotiations continued during the chamber’s Memorial Day holiday recess this week.

“We’ve got to be realistic about what we can achieve,” Senate Judiciary Chairman Dick Durbin told CNN’s “State of the Union” program on Sunday. Durbin’s fellow Democrats narrowly control the 50-50 split Senate but need 60 votes to pass most legislation.

Explainer-Why is Bank of England acting again? What next in the UK crisis?

Explainer-Why is Bank of England acting again? What next in the UK crisis?