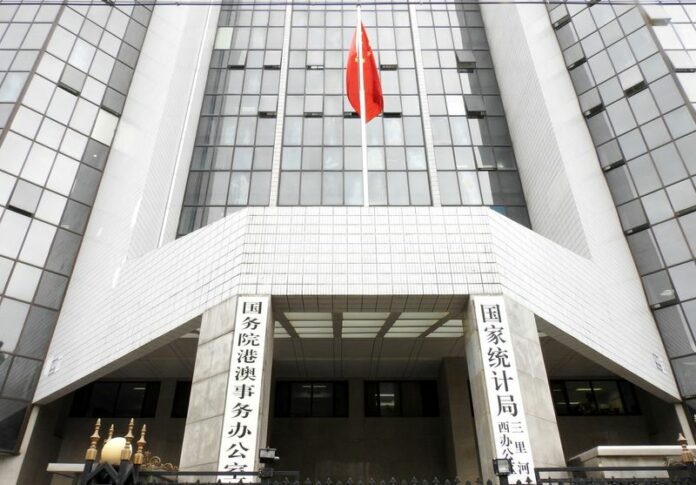 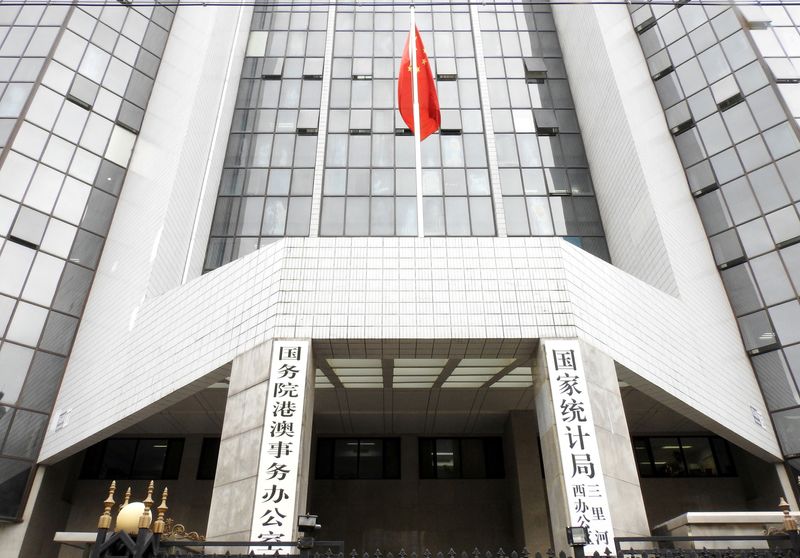 © Reuters. FILE PHOTO: A Chinese national flag is seen on a building with signs of the Hong Kong and Macau Affairs Office of the State Council and National Bureau of Statistics in Beijing, China August 12, 2019. REUTERS/Huizhong Wu

BEIJING (Reuters) – China has punished a number of local officials with demotions or dismissal for falsifying economic data, the country’s statistics bureau said on Friday, as part of an effort to curb data fraud as the economy falters.

The National Bureau of Statistics (NBS) found data violations in 2020 and 2021 after conducting inspections in several cities – Xingtai in Hebei province, Jiaozuo in Henan province, Bijie and Anshun in Guizhou province, the bureau said in a statement on its website.

Authorities in Hebei have punished 45 officials in Xingtai after finding some of its data on industrial output, fixed-asset investment, wholesale and retail sales were “seriously inaccurate”, it said.

Authorities in Henan have taken disciplinary and organizational actions against 38 officials for data violations, while Guizhou has given similar penalties to 22 officials, it said. Such actions refer to demotions or dismissals.

In March, China’s anti-graft watchdog vowed to step up scrutiny of the country’s statistics agency and tackle the “outstanding problems” of data fraud and falsification.

China’s economy has taken a hit from stringent COVID-19 controls, with many private-sector economists expecting gross domestic product to contract in the April-June quarter.

Premier Li Keqiang said on Wednesday that China will strive to achieve reasonable economic growth in the second quarter and stem rising unemployment, after rolling out a raft of supporting policies.

Li also pledged to ensure local economic indicators in the second quarter to be published “in accordance with laws and regulations”.

There has long been widespread global scepticism about the reliability of Chinese data, especially as the government has sought to ease market expectations of a deepening slowdown in the world’s second-largest economy.

China has set an annual economic growth target of around 5.5% this year but many economists believe that is now increasingly out of reach.