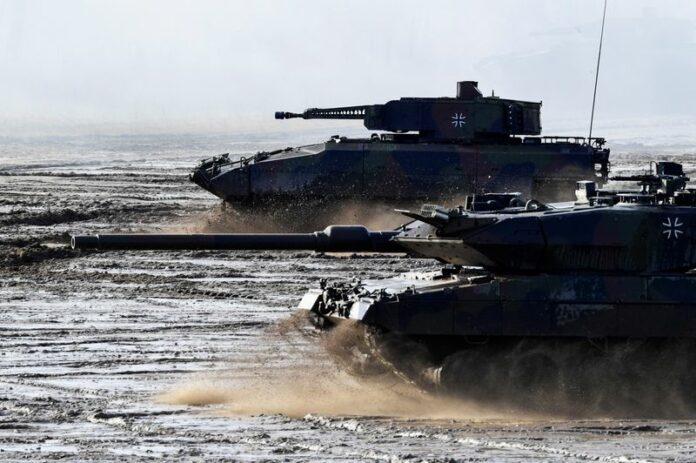 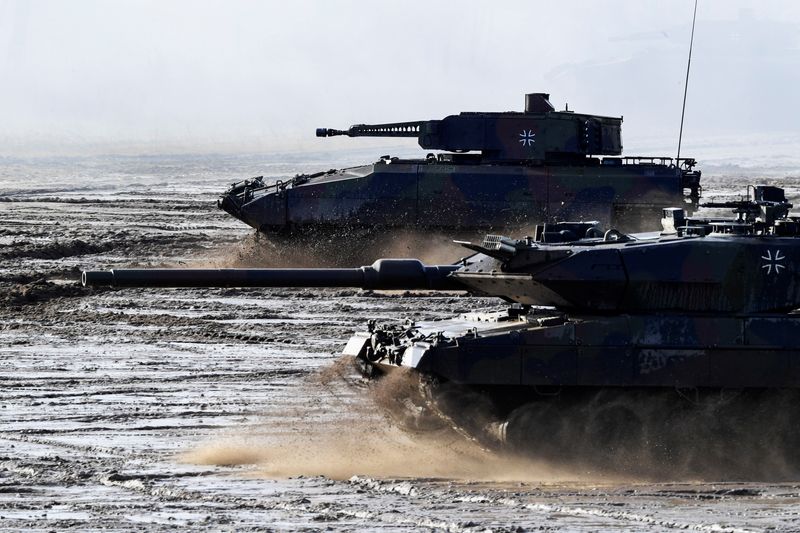 © Reuters. FILE PHOTO: A Leopard tank and a Puma tank are seen at the Munster military base, in Munster, Germany, February 7, 2022. REUTERS/Fabian Bimmer/File Photo

BERLIN (Reuters) – Germany has agreed to change its constitution to allow for a credit-based special defense fund of 100 billion euros ($107.35 billion) proposed after Russia’s invasion of Ukraine, the German finance ministry announced on Sunday.

The money is to be used over several years to increase Germany’s regular defense budget of around 50 billion euros and enable the country to meet the NATO target of spending 2% of its economic output on defense each year.

Pakistan made no purchase in 300,000 tonne wheat tender