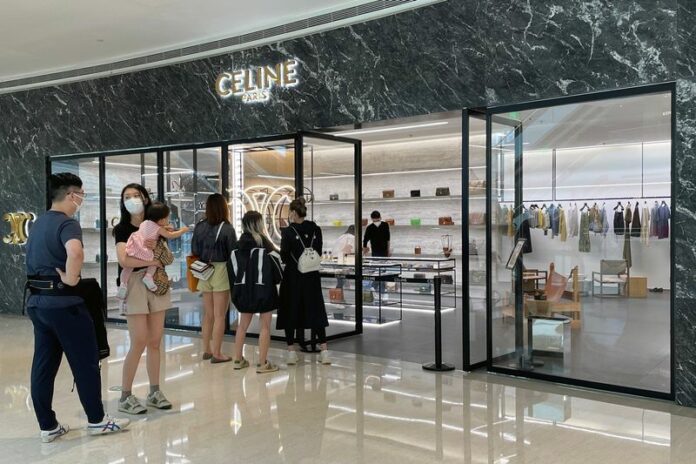 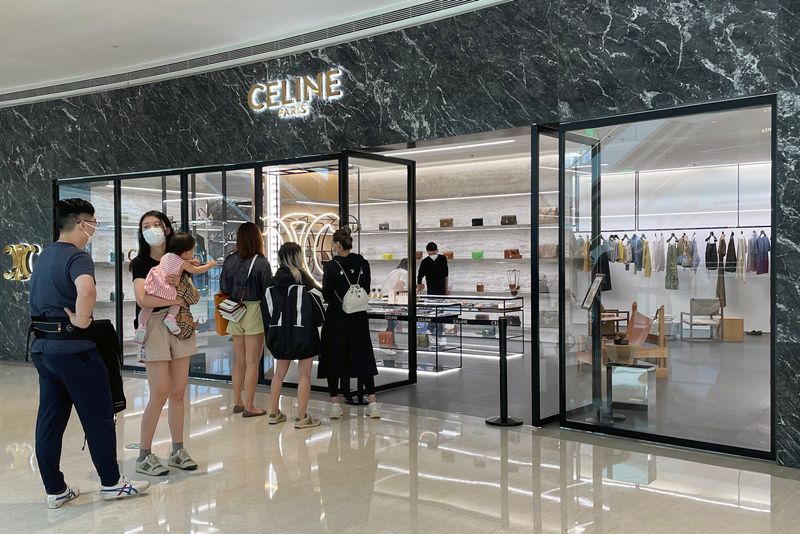 © Reuters. People wearing face masks line up outside a store of French luxury brand Celine, at a reopened shopping mall amid the coronavirus disease (COVID-19) outbreak in Shanghai, China May 29, 2022. REUTERS/Brenda Goh

SHANGHAI (Reuters) -Shanghai authorities will cancel many conditions for businesses to resume work from Wednesday, a city official said on Sunday, easing a city-wide lockdown that began some two months ago, and will also introduce policies to support its battered economy.

Now, the city government will revise guidelines for epidemic prevention and control of returning to work, cancel “unreasonable restrictions” on the resumption of work and production for enterprises and do away with its “white-list” system, Vice Mayor Wu Qing told a news briefing, referring to how it had previously prioritised some companies in resuming work and had published lists of names.

Businesses will also from June 1 no longer need to apply to resume work, he said, without detailing what other restrictions were being removed.

City officials also announced an action plan – consisting of 50 policy measures – to boost the economy, aimed at helping enterprises and promoting consumption. They include accelerating the issuance and use of local government bonds, asking banks to renew loans for small and medium sized enterprises and establishing a green channel for approving real estate projects.

A 10,000 yuan subsidy will also be granted to people looking to switch to an electric vehicle.

Additionally, authorities will seek to help companies impacted by the lockdown by allowing them to delay insurance payments and rent, as well as offering subsidies on their utility bills. E-commerce platforms and large retail businesses will be supported with voucher handouts, particularly for the cultural, tourism and fitness industries.

All these measures, combined with others that were rolled-out at the end of March, are estimated to reduce over 300 billion yuan of financial burden as a result of the pandemic for market players for the full year, said Hua Yuan, deputy secretary general of Shanghai’s municipal government.

“In short, we will do our best to help all kinds of enterprises… and work together to restore and revitalize Shanghai’s economy,” said Wu.