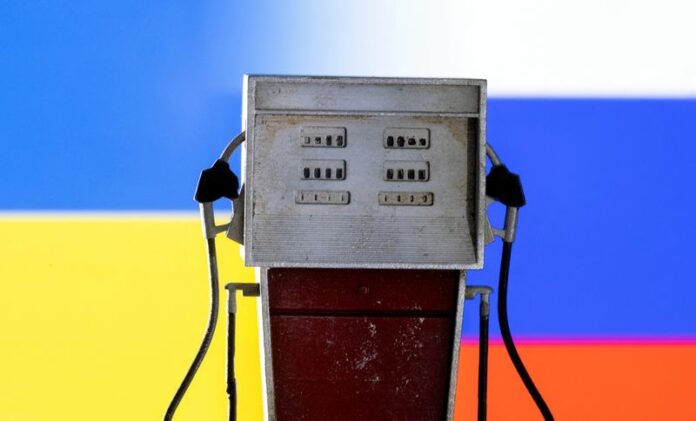 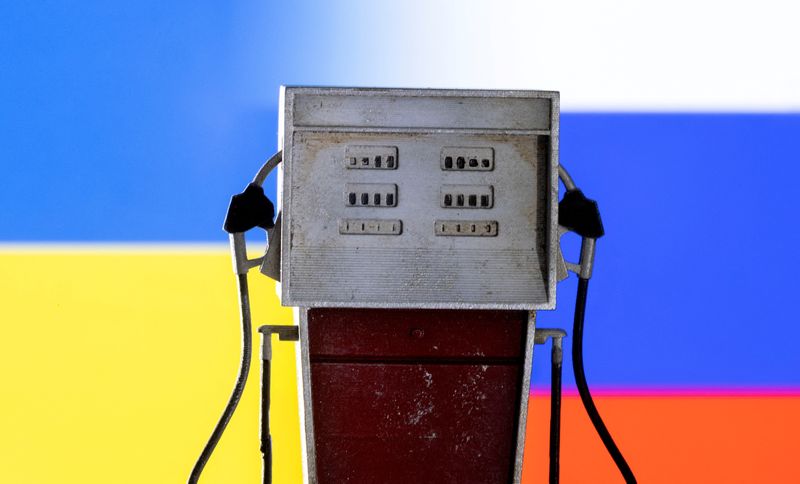 LONDON (Reuters) – Russia’s invasion of Ukraine has reconfigured the global oil market, with African suppliers stepping in to meet European demand and Moscow, stung by Western sanctions, increasingly tapping risky ship-to-ship transfers to get its crude to Asia.

The reroutings mark the biggest supply-side shakeup of the global oil trade since the U.S. shale revolution altered the shape of the market around a decade ago and suggest Russia will be able to navigate a European Union (EU) oil ban, provided Asia and China continue to buy its crude.

Sanctions imposed on Moscow after the conflict in Ukraine kicked off in February, including a U.S. ban on its oil imports, have prompted Russia to pivot away from Europe, where its crude is shunned, to customers in India and China who are picking up cargoes at a steep discount, according to industry data and traders.

Russian exports were back to pre-invasion levels in April, according to data from the Paris-based International Energy Agency and oil prices have stabilised around $110 after hitting a 14-year high above $139 a barrel in March.

Even if the EU agrees to an oil ban in its next round of Russian sanctions, analysts said the impact could be tempered by demand from Asia.

“Unless the West puts diplomatic pressure on Asian buyers, we do not see the supply gap widening and oil prices spiking,” said Norbert Rücker of Julius Baer.

A complex patchwork of U.S., EU and British sanctions have prohibited Russian-owned or flagged ships from calling at ports meaning that some of the increased trade to Asia is being facilitated via ship-to-ship transfer at sea — a costly process where the risk of spills is greater.

Overall, the flow of Russian oil to Asia via the sea has jumped at least 50% since the start of the year, according to tanker-tracker Petro-Logistics and other data.

Transfers between vessels, which account for a small fraction of the overall sea trade, have shifted away from the Danish coast to the Mediterranean Sea to avoid sanctions and protests.

“Ship-to-ship (STS) transfers were common in Danish waters, at the entry point of the Baltic Sea,” Petro-Logistics President Mark Gerber told Reuters. “Those are not happening anymore; hence the STS trend of sanctioned tanker to non-sanctioned tanker increasing in the warmer and friendlier Mediterranean waters.”

Gerber put the volumes of Russian crude and products being transferred between tankers in the Mediterranean at about 400,000 barrels per day (bpd), of which the majority is going to Asia, adding to the 2.3 million bpd going directly.

In January, before the invasion, around 1.5 million bpd were being sent directly to Asia.

Russian oil is loaded on Aframax or Suezmax tankers that carry less than 1 million barrels and it is transferred at sea to larger vessels that can take 2 million barrels, making shipping more cost effective, traders said.

The seaborne volumes are only part of the total exports from Russia. Including pipeline supplies, total Russian crude and products exports increased to just above 8 million bpd in April, back to the pre-invasion rate.

To compensate for the loss of Russian oil, European refiners have been turning to imports of West African crude, which are up 17% in April compared to the 2018-2021 average according to Petro-Logistics.

Eikon data also shows an increase and indicates 660,000 bpd mostly from Nigeria, Angola and Cameroon is arriving in northwest Europe in May, with three cargoes of Nigerian Amenam coming compared to one in February.

Volumes of west African crude to India, meanwhile, have nearly halved, according to Gerber, with 280,000 bpd delivered in April from 510,000 bpd in March as Delhi switches to Russian supply.

With European demand red-hot, the prices of Nigerian light, sweet crude grades in particular are hitting record highs, according to traders, with Forcados crude for example offered at a premium of at least $7 to Brent.

Supply from North Africa to Europe is up by 30% since March, Petro-Logistics said. Of this, Eikon data indicates arrivals into northwest Europe from Egypt’s Sidi Kerir port, which analysts say is likely Saudi crude, will almost double versus March to above 400,000 bpd in May.

The United States has also boosted supply to Europe. European crude imports in May from the U.S. on a delivered basis are up over 15% versus March, according to tracking company Kpler, the highest monthly pace in its records. Europe has discharged about 1.45 million bpd of crude from the United States.