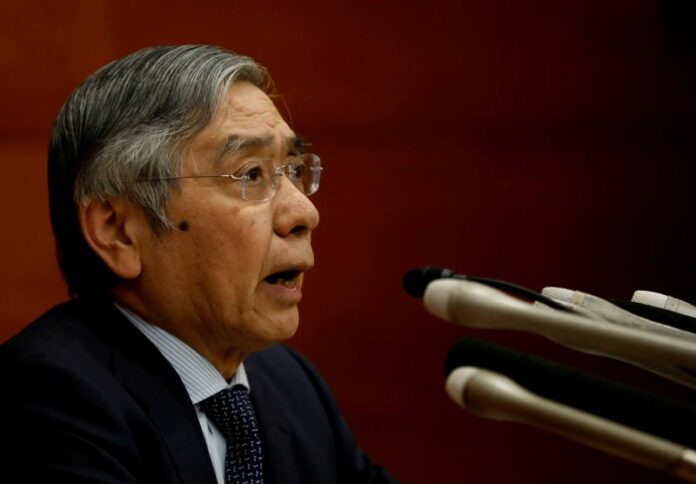 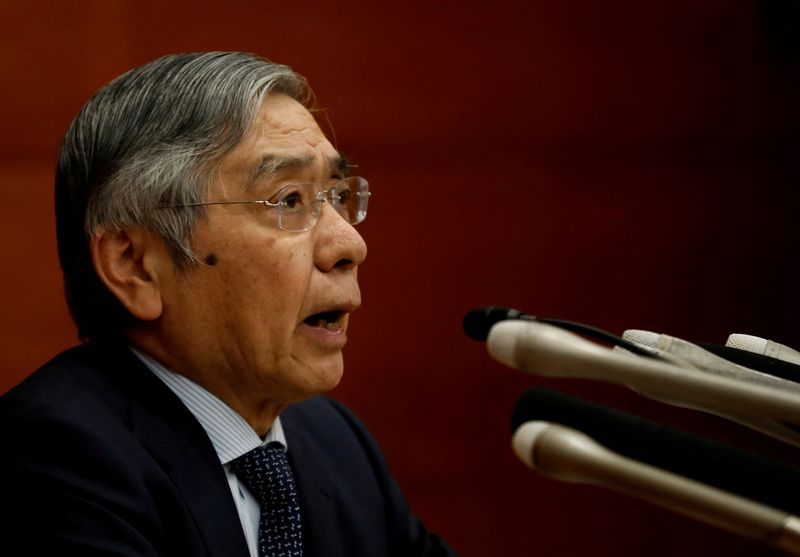 TOKYO (Reuters) -Bank of Japan Governor Haruhiko Kuroda pledged on Monday to patiently stick to powerful monetary easing to help the economy recover from the COVID-19-induced doldrums, shrugging off any suggestion about a departure from its stimulus policy.

Kuroda told parliament the yen was regaining stability after its recent rapid weakening, which was “undesirable,” adding that the situation was due to the dollar’s pullback. The yen is now trading around 127 per dollar.

The Japanese currency weakened to two-decade lows beyond 131 to the dollar earlier this month, stoking concerns about the rising cost of living.

Some critics blamed it on the BOJ staying the course on keeping interest rates ultra low at a time when the U.S. Federal Reserve was tightening policy, spurring gains in the dollar.

“The recent yen weakening may have been driven by an abnormal situation where oil prices topped $130 per barrel.”

Japan’s core consumer prices, excluding fresh food but including oil products, rose 2.1% in the year to April, the fastest rate in seven years.

Kuroda said a quarter of the gain was led by the weak yen while the remainder was caused by rises in dollar-denominated global commodity prices.

Kuroda said core consumer inflation would stay around 2% in the coming 12 months but the pace of gains will slow in the next fiscal year.

“We are not necessarily thinking only prices should rise. We are aiming to form a virtuous cycle of rising prices accompanied by increase in corporate profits, jobs and wages,” Kuroda said.

Cost-push inflation will negatively affect the economy and it won’t lead to a sustainable and stable achievement of the BOJ’s 2% price target, he said.

“It’s important for the BOJ to continue its current monetary easing to firmly support economic activity,” he added.