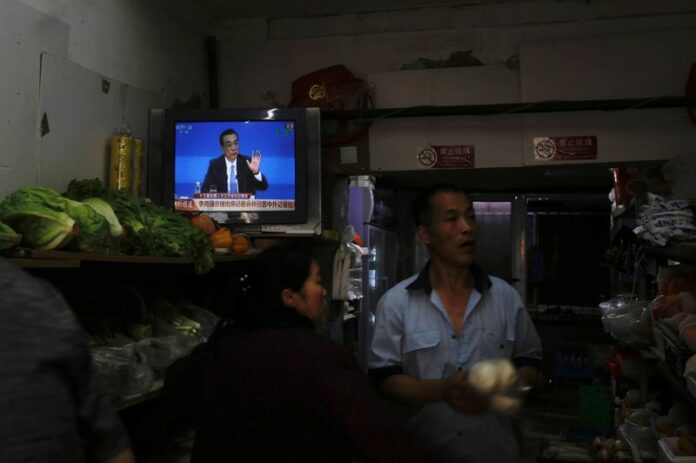 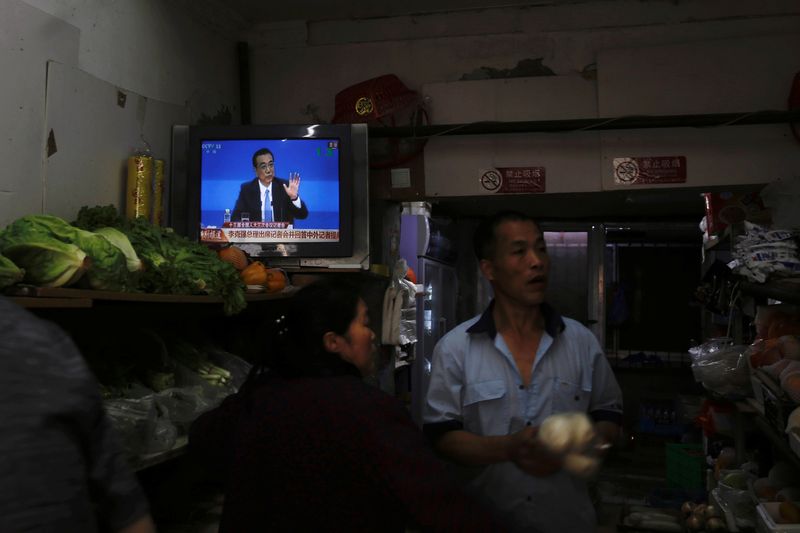 © Reuters. FILE PHOTO: A television showing a news conference by Chinese Premier Li Keqiang after the closing session of the National People’s Congress (NPC), is seen inside a vegetables store in Beijing, China May 28, 2020. REUTERS/Tingshu Wang

Regulators have blamed these agencies, which are known as multi-channel network (MCN) firms, for fuelling behaviours such as unfettered celebrity worship and fights between fan clubs, often involving minors.

Earlier this month, China ordered internet platforms to step up governance of how under-18s use their livestreaming services as part of an ongoing regulatory crackdown on the booming sector.

National Radio and Television Administration said on its website on Monday that MCN firms will need to obtain licenses to operate, follow rules on content and on the types of clients they can manage.

They will also be held accountable for how the fan groups of the celebrities under their wing are managed.

The MCN industry has grown rapidly in China in recent years thanks to the growing popularity of mediums such as livestreaming. In 2020, research consultancy iiMedia Research said there were over 28,000 MCN agencies in China.