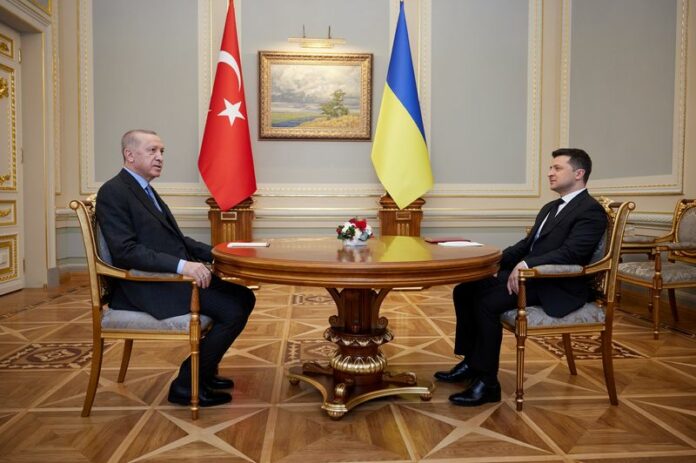 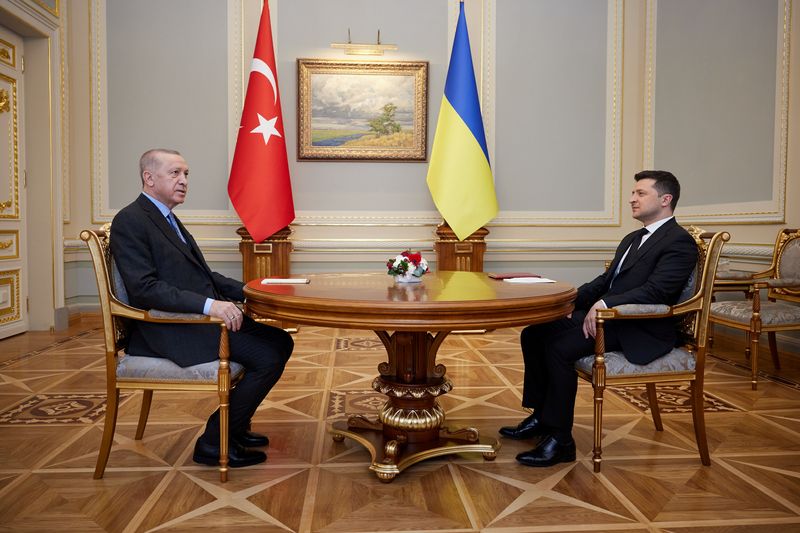 ANKARA (Reuters) – Turkish President Tayyip Erdogan told his Ukrainian counterpart Volodymyr Zelenskiy in a call on Monday that he placed value on a project to create a safe sea route for exporting Ukrainian agricultural goods, his office said.

“Erdogan stated that he especially valued the project to create a secure sea route for exporting Ukrainian agricultural products,” his office said in a statement and added he welcomed, in principle, the idea of making Istanbul a headquarters for an “observation mechanism” between Moscow, Kyiv and the United Nations.