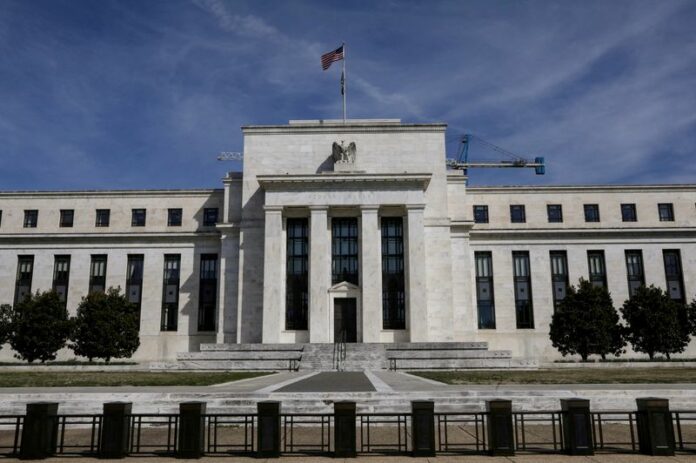 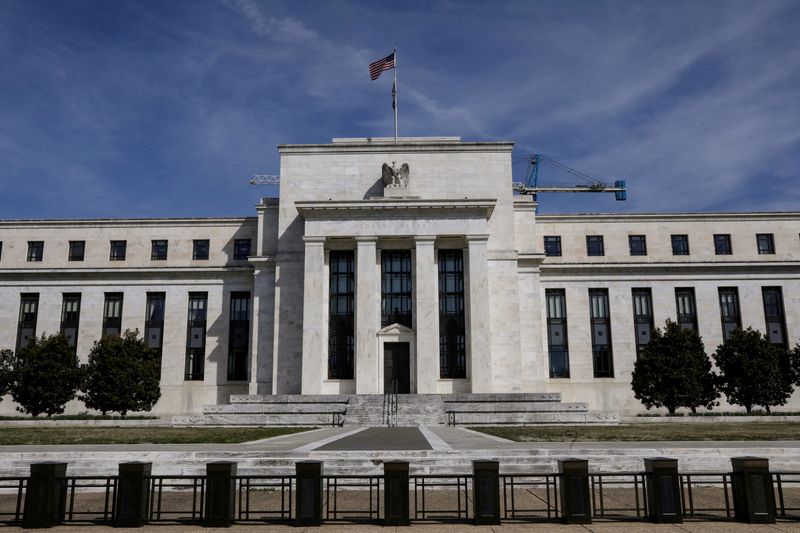 FRANKFURT (Reuters) -The U.S. Federal Reserve should be prepared to raise interest rates by a half percentage point at every meeting from now on until inflation is decisively curbed, Fed Governor Christopher Waller said on Monday, underscoring tensions at the central bank about how aggressively to tighten policy as it battles to bring down high inflation.

“I am advocating 50 (basis point hikes) on the table every meeting until we see substantial reductions in inflation. Until we get that, I don’t see the point of stopping,” Waller said following a speech to the Institute for Monetary and Financial Stability in Frankfurt, Germany, having earlier confirmed he wants that size of rate hike at the next “several” meetings.

Waller’s comments came ahead of a meeting on Tuesday between Fed Chair Jerome Powell and U.S. President Joe Biden for a discussion called by the White House on state of the American and global economy.

The Fed is under pressure to decisively make a dent in an inflation rate that is running more than three times its 2% goal and has caused a jump in the cost of living for Americans. It faces a difficult task in dampening demand in the economy enough to curb inflation while not causing a recession.

Biden’s public approval rating fell this week to 36%, the lowest level of his presidency, as Americans suffered from high inflation, according to a Reuters/Ipsos opinion poll last week, raising alarms that his Democratic Party is on track to lose control of at least one chamber of Congress in the Nov. 8 midterm election.

Fed policymakers raised the benchmark policy rate by half a percentage point earlier this month, to a target range of between 0.75% and 1%, and plans further increases of the same size at its next two meetings in June and July.

Debate at the Fed has shifted to the interest rate hikes required for the remainder of the year. Most policymakers have said they want to wait and see how much inflation comes down over the summer before deciding whether they need to increase or reduce the size of an interest rate hike in September.

One policymaker though, Atlanta Fed President Raphael Bostic, said last week that he was in favor of a “pause” at the September meeting to allow time to assess the impact of the Fed’s moves on the economy and inflation.

By contrast, St. Louis Fed President James Bullard has said he wants the Fed to hike rates to 3.5% by year’s end, which would involve half percentage-point increases at all the Fed’s remaining meetings.

Waller, on the hawkish wing like Bullard, said he wants to see the central bank raising its policy rate above neutral – the level that neither stimulates nor constrains economic growth – by year end. The neutral rate is seen around 2.5%, according to the median of Fed policymaker estimates made at the March meeting.

Investors currently see the federal funds rate in a range between 2.50% and 2.75% at the end of this year.

The Fed’s actions so far have been met with an equities sell-off and surge in U.S. Treasury yields and the dollar.

Fears of an economic downturn have also been exacerbated by Russia’s war in Ukraine as well as China’s zero COVID-19 policy, which have further entangled supply chains.

Waller said he is optimistic the strong labor market can handle higher rates without a significant increase in unemployment.

“If we can get unemployment to just 4.25%, I would consider that a masterful performance,” Waller said. The unemployment rate is currently 3.6%.

There are already signs inflation has peaked. In the 12 months through April, the personal consumption expenditures (PCE) price index, the Fed’s preferred gauge of inflation, advanced 6.3% after jumping 6.6% in March, the Commerce Department reported on Friday.

So-called core PCE prices increased 4.9% year-on-year in April after rising 5.2% in March. It was the second straight month that the rate of increase reflected in the annual core PCE price index decelerated.

But Waller remained unmoved by those readings. “No matter which measure is considered…headline inflation has come in above 4% for about a year and core inflation is not coming down enough to meet the Fed’s target anytime soon.”