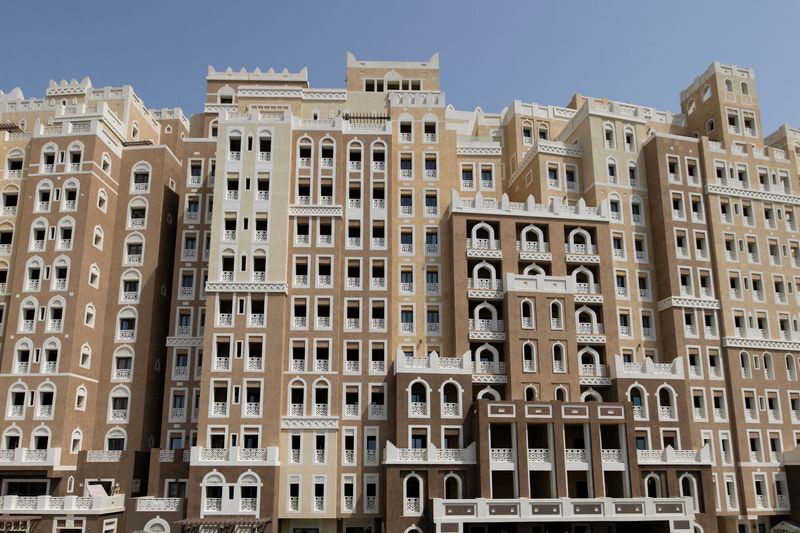 BENGALURU (Reuters) – Dubai house prices are set to mostly rise steadily over the next two years, driven by demand from foreign investors, according to a Reuters poll of analysts, who cautioned that higher interest rates and lack of affordable homes could curb activity.

With an economic rebound propelled by higher energy prices and a revival in trade and tourism, the Dubai property market shrugged off a long streak of falls last year and has held on to upbeat momentum since then.

The latest May 11-26 Reuters poll of 13 property market analysts showed a median rise of 7.5% in Dubai house prices in 2022, unchanged from the previous poll taken two months ago.

Market sentiment, lifted by the pandemic easing, “coupled with the successful hosting of the World Expo, the reopening of travel corridors…continues to underpin the market’s rebound,” said Faisal Durrani, head of Middle East research at Knight Frank.

Data from the Dubai Land Department showed the emirate’s real estate sector had its best quarter in more than a decade, with Q1 sales transactions at their highest since 2010.

That stands in contrast to several other property markets which have experienced dizzying highs.

“What we have seen last year was more about recovery from the pandemic; this year seems to be slowing down to more healthy growth,” said Haider Tuaima, director and head of real estate research at ValuStrat.

When asked what will drive Dubai’s housing market this year and next, a majority of respondents, 11 of 13, said demand from foreign investors. Two chose local demand.

These expected price increases, even though modest, will pose challenges for first-time buyers as interest rates were expected to climb higher, hurting affordability.

The Dubai market, where prices are still well below their last peak in mid-2014, faces several downside risks like higher interest rates, lack of supply of affordable homes, and inflationary pressures this year and next.

All but one of 12 analysts who answered an additional question said affordability for first-time buyers in coming years would worsen.

A strong two-thirds majority also said rents in Dubai, which houses a large number of expatriates, will be less affordable in the next two years.

“Those who are looking to buy will be priced out of the market and will be forced to continue to rent. Rents have and will continue to increase, demand will increase and without affordable homes, this will contribute to the overall cost of living increasing,” said Lynnette Sacchetto, director of data and digital transformation at Allsopp and Allsopp.

(For other stories from the Reuters quarterly housing market polls:)