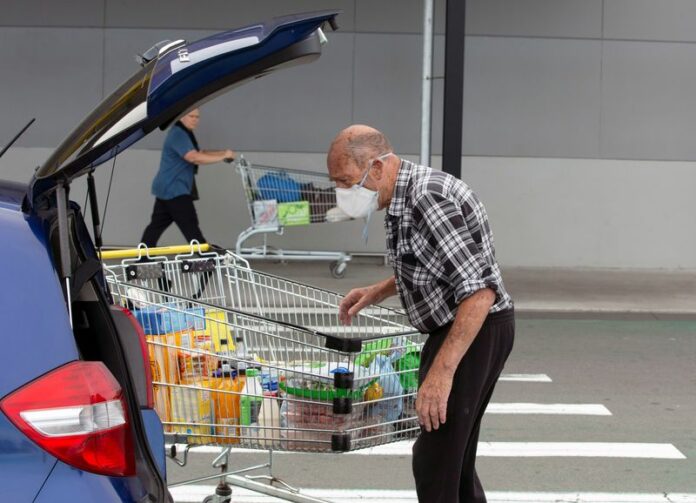 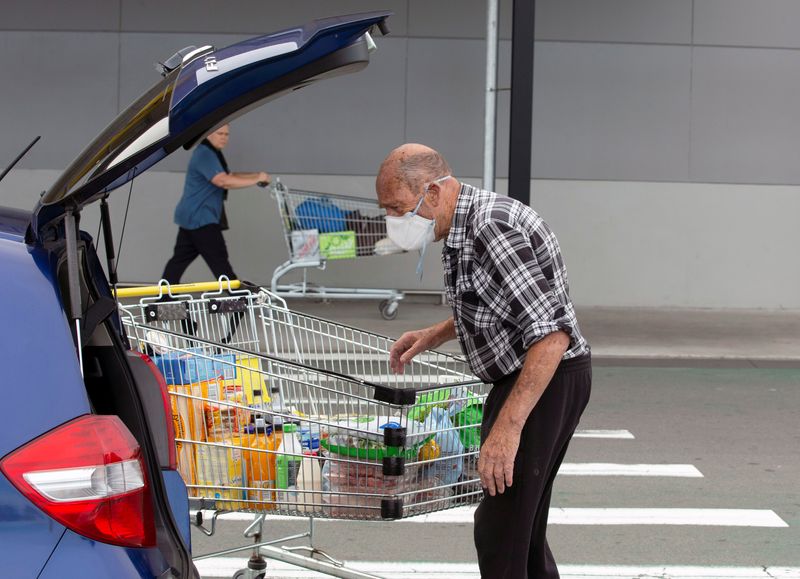 © Reuters. FILE PHOTO: Brian Green, 76, wears a mask as he takes out products from his supermarket shopping cart and loads them into his car outside Pak’nSave supermarket amid the spread of the coronavirus disease (COVID-19) in Christchurch, New Zealand, March 23, 2

WELLINGTON (Reuters) – New Zealand wants to introduce a number of changes to the supermarket sector as two dominate players has raised concerns about competition, its commerce minister said on Monday.

“The government and New Zealanders have been very clear that the supermarket industry doesn’t work. It’s not competitive and shoppers aren’t getting a fair deal,” Minister of Commerce and Consumer Affairs David Clark said in a statement.

“The duopoly needs to change, and we are preparing the necessary legislation to do that.”

The government’s plan to introduce a number of new requirements, will help to reduce prices and combat inflation, which is running at a three-decade high.

These rules will include a mandatory code of conduct for supermarkets, creating an independent industry regulator, requiring pricing on groceries to be displayed in a consistent manner and allowing grocery suppliers to collectively bargain.

A recent Commerce Commission inquiry into the sector had recommended changes to supermarket operations to increase competition and help improve the price, quality and range of groceries and services for New Zealanders.