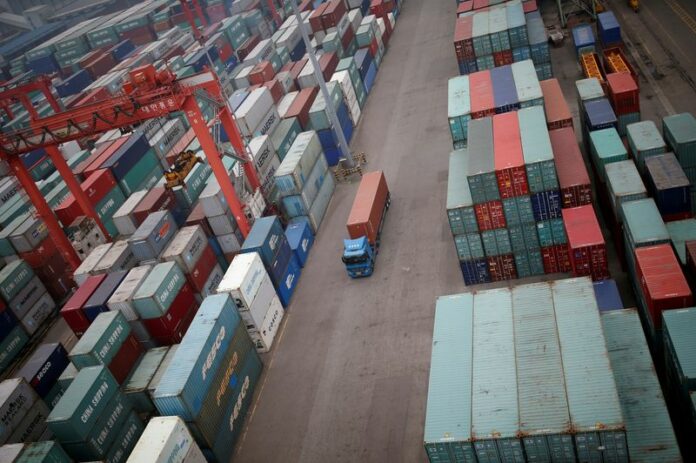 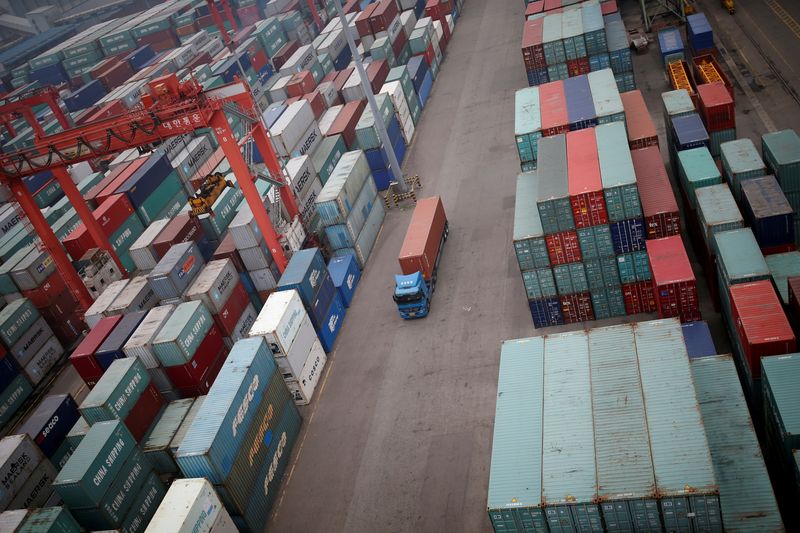 © Reuters. FILE PHOTO: A truck drives between shipping containers at a container terminal at Incheon port in Incheon, South Korea, May 26, 2016.REUTERS/Kim Hong-Ji

SEOUL (Reuters) – South Korean export growth is expected to have rebounded in May, but the trade balance likely remained in red, while consumer inflation is seen rising above 5% for the first time in nearly 13 years, a Reuters poll showed on Monday.

Outbound shipments were seen 19.3% higher in May than a year earlier, according to a median forecast of 19 economists, accelerating from a revised 12.9% annual growth seen in April and ending two months of slowdown.

Although South Korea’s economy is still under pressure from China’s COVID-19 lockdown measures and the Ukraine crisis, economists attributed the growth to the calendar effect of two more working days and a recovery in shipments to China.

“We think that exports to China have begun to normalise in May after the dip in April, thanks to the easing of restrictions in major ports and factories,” said Societe Generale (OTC:SCGLY) economist Oh Suk-tae.

In the first 20 days of this month, the country exported 6.8% more to China than in the same period a year earlier. Full-month exports to China in April were down 3.4%.

Imports were seen outpacing exports by growing 31.9%, according to the survey, also accelerating from 18.6% seen in April to the fastest rise in four months.

The country’s trade balance was projected as a $2.59 billion deficit, a median of 16 forecasts showed, following a $2.5 billion deficit in the previous month.

Meanwhile, the consumer price index for May was forecast to stand 5.1% higher than a year earlier, according to a median forecast by 21 economists, speeding up from a 4.8% rise seen in April and hitting the fastest rate since September 2008.

Industrial output was forecast to post a seasonally adjusted 1.2% decline in April from the previous month, after six straight months of expansion.