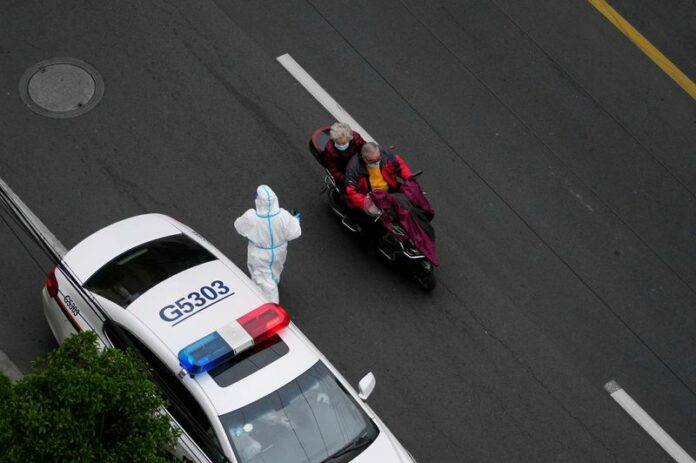 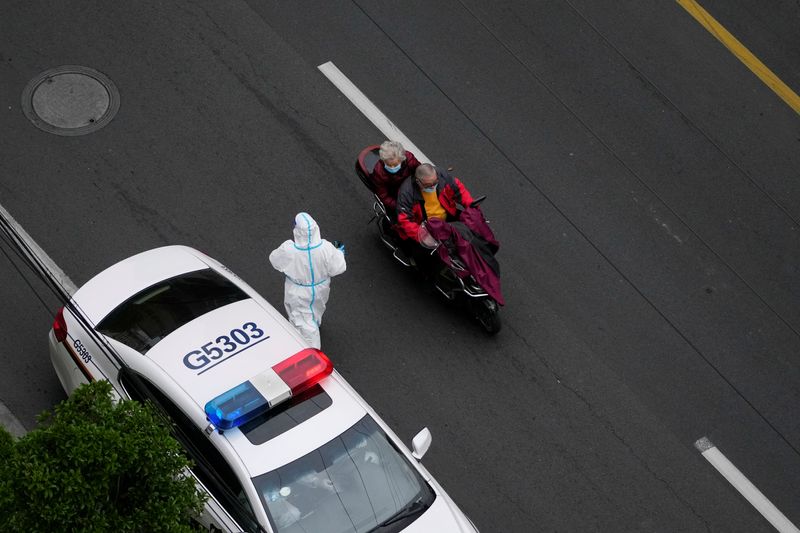 © Reuters. FILE PHOTO: A man rides a vehicle carrying a woman past a police car outside a residential compound, during a lockdown to curb the spread of the coronavirus disease (COVID-19) in Shanghai, China April 5, 2022. REUTERS/Aly Song

SHANGHAI (Reuters) – Shanghai authorities will lift the city’s two-month long lockdown from midnight on Wednesday, allowing private cars including taxis back on to the roads and people to freely move in and out of low-risk housing compounds.

Bus and rail transport will also resume basic operations from June 1, including a ferry that connects districts separated by the city’s Huangpu river, the Shanghai city government said in a statement on its official WeChat account

“The epidemic situation in our city has been effectively controlled and the situation continues to improve,” it said in its statement. People will still be required to wear masks, discouraged from gathering and encouraged to get vaccinated, it added.

Shanghai imposed a city-wide lockdown on its 25 million residents on April 1 to combat the spread of COVID-19, exacting harsh measures that caused widespread public anger over issues such as crowded quarantine centres, difficulties in accessing food and loss of income.

It had in recent weeks relaxed some curbs, but most of the public transport network remained shut and people could only drive if they had obtained prior approval.