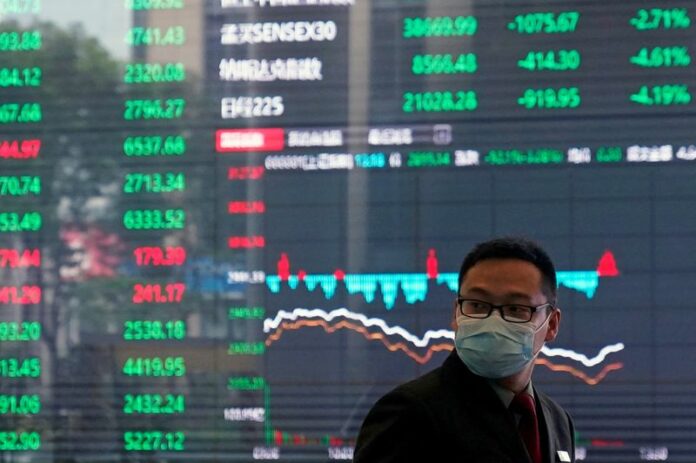 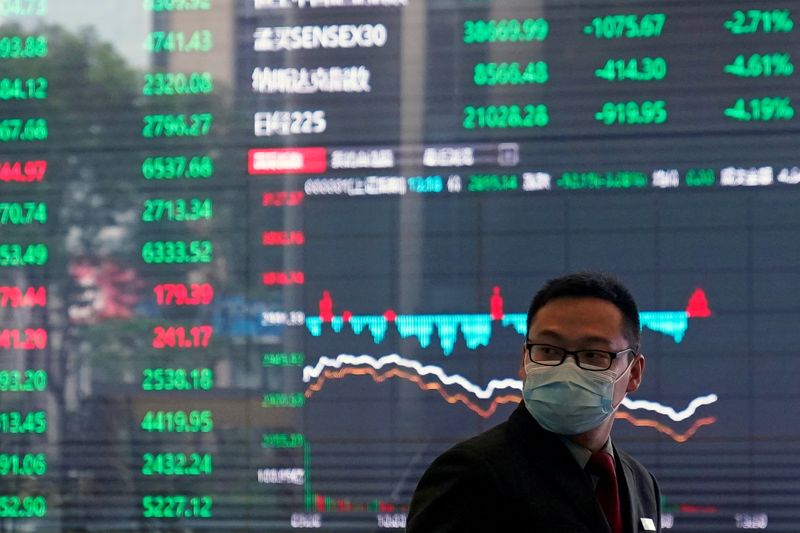 Investing.com — The Memorial Day holiday in the U.S. means it’s a quiet session in world markets, but Chinese and European stocks are higher after Shanghai announced the lifting of more COVID-19 lockdown measures. Eurozone inflation looks to have overshot expectations in May, but the ECB’s chief economist again ruled out a half-point raise in interest rates in July. EU leaders are due to meet later, but are struggling to overcome Hungarian objections to the proposed ban on Russian oil imports from the end of the year. And the weakness in the U.K. economy is finally – but only gradually – reaching the housing market. Here’s what you need to know in financial markets on Monday, 30th May.

Shanghai emerged further from its COVID-19 lockdown, announcing the resumption of public transport services from June 1.

The city authorities also said restrictions on private cars will be lifted and movement into and out of housing communities will also be allowed from the same date – except for residential complexes in medium and high-risk areas and other designated control areas.

The restrictions on China’s most important economic hub have been in place for over two months, and have triggered sharp declines in local economic output and a fresh surge in global supply chain problems.

Authorities in the capital Beijing said the COVID-19 outbreak there was also under control, after a week of steadily declining case numbers.

The EU’s proposed embargo on Russian oil imports is still far from a done deal.

A weekend of negotiations ahead of a two-day summit that starts later Monday failed to overcome Hungarian objections to the proposed ban on imports of crude and refined products that would come into force at the end of the year, despite including temporary exemptions for oil delivered via the southern arm of the Druzhba, which feeds Hungary, Slovakia, and Czechia.

According to Reuters, EU leaders will also sign off on a $10 billion package of financial aid to Ukraine to keep its government functioning, as well as discuss measures to help the export of Ukrainian grain to world markets.

On the battlefield, meanwhile, Russia continues to make steady progress in its efforts to capture the remaining, unoccupied parts of eastern Ukraine. Ukrainian authorities confirmed street fighting in the city of Sieverodonetsk, the largest city in the Luhansk region still under government control.

3. Eurozone inflation surprises to the upside

Inflation may have peaked in the U.S., but it still appears to be accelerating in the Eurozone.

Preliminary data from Germany, the Eurozone’s largest economy, showed prices increased by between 0.9% and 1.1%, up from a nationwide average of 0.8% in April and defying expectations for a slowdown to 0.5%. A preliminary figure for the whole of Germany is due at 8 AM ET (1200 GMT).

In both Spain and Belgium, the rise in prices accelerated to 0.8%, pushing the annual rates to 8.7% and 9.0%, respectively.

In comments made before the data, ECB chief economist Philip Lane told the newspaper Cinco Dias that two increases of 25 basis points in the ECB’s key rate this summer were preferable to a half-point increase in July.

The slowdown in the U.K. economy is finally reaching the housing market.

Data from online real estate agent Zoopla showed the proportion of home offers being discounted in the last month rising to 5% of the total. The average price cut is around 10%, it noted.  Homes are also taking longer to sell.

Zoopla estimated that annual house price inflation slowed to 8.4% in April from 9.0% in March. It expects that to fall further to around 3% by the end of the year.

That will still mean house prices post new record highs between now and then, against a backdrop of a chronic mismatch between supply and demand.

Crude oil prices pushed higher in response to the news out of China, which paves the way for a recovery in demand from the world’s biggest importer.

Data released by the U.S. CFTC on Friday had shown speculative long interest in oil hit its highest in two months last week as the prospect of revived Chinese demand, coupled with continued supply shortfalls, tightens the market further.