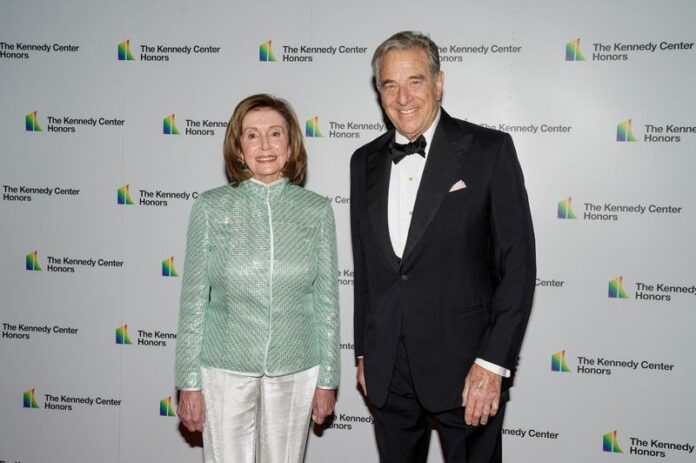 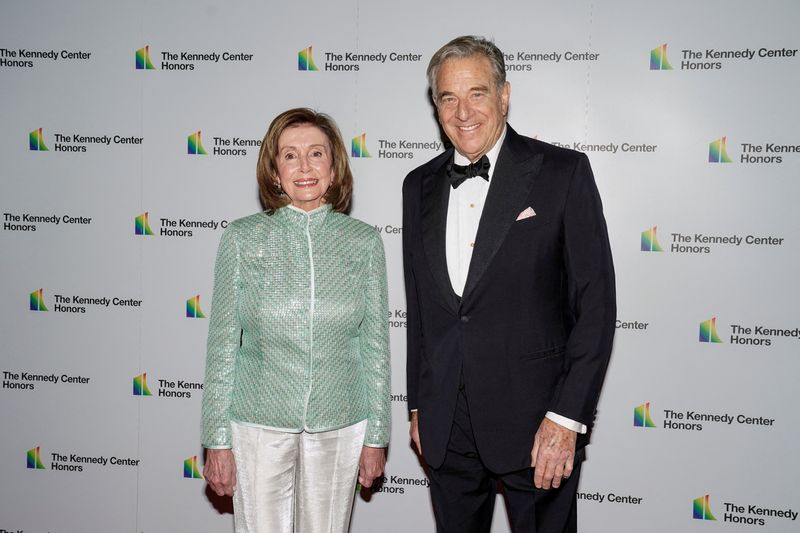 © Reuters. FILE PHOTO: Speaker of the House Nancy Pelosi, D-CA and her husband Paul Pelosi arrive for the formal Artist’s Dinner honoring the recipients of the 44th Annual Kennedy Center Honors at the Library of Congress in Washington, D.C., U.S., December 4, 2021.

WASHINGTON (Reuters) – The husband of U.S. House Speaker Nancy Pelosi was arrested on suspicion of drunk driving late on Saturday in Napa County, California after being involved in a two-vehicle crash, the California Highway Patrol said on Sunday.

Paul Pelosi, 82, was booked into the Napa County Detention Center after being charged with two misdemeanors and bail was set at $5,000, according to police and county online records. On Sunday, he was not listed as being in custody.

The California Highway Patrol said Pelosi was driving a 2021 Porsche and attempting to cross State Route-29, when his vehicle was struck by a 48-year-old man driving a 2014 Jeep. No one was injured, the highway patrol said. The other driver was not arrested.

California law bars drivers from operating a vehicle with a blood alcohol level above 0.08 grams per deciliter of blood.

Paul Pelosi could not immediately be reached for comment.

Nancy Pelosi was in Rhode Island on Sunday delivering a commencement address at Brown University.

Drew Hammill, her spokesperson, said: “The speaker will not be commenting on this private matter which occurred while she was on the East Coast.”

Nancy and Paul Pelosi have been married since 1963.