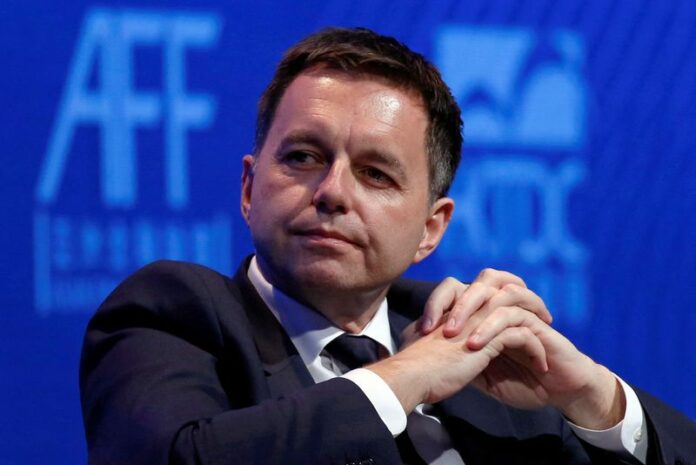 Charges against Slovak ECB policymaker dropped, up for review

Kazimir has denied any wrongdoing.

First deputy of the Prosecutor General, Josef Kandera, told a televised news conference that charges against Kazimir were based on sole “crown witness.” Since that person was charged with crimes and seeking benefits form cooperating with police, it needed special attention, he said.

Therefore the current charges were dropped but prosecutors will consider the case again, Kandera said.

“The ruling of a prosecutor at the Special Prosecutor’s office was canceled and the prosecutor was ordered to consider the case again and rule,” Kandera told the news conference.

A spokesperson for the prosecutor’s office was not immediately available for further comment.

Kazimir’s office referred Reuters to his lawyer, Ondrej Mularcik, for comment on the decision.

“Mr. governor accepted the decision with pleasure and humility. He did not and does not feel guilty of committing a crime,” Mularcik told Reuters.

Kazimir was finance minister from 2012 until 2019, nominated by the leftist SMER party, before he assumed his six-year term at the helm of the central bank.

Slovak news website aktuality.sk reported at the time when the charges were made public that Kazimir was accused of being a “courier” who brought an around 50,000 euro ($57,845) bribe to the then-chief of the country’s tax administration, who has been investigated for several crimes and has cooperated with police.