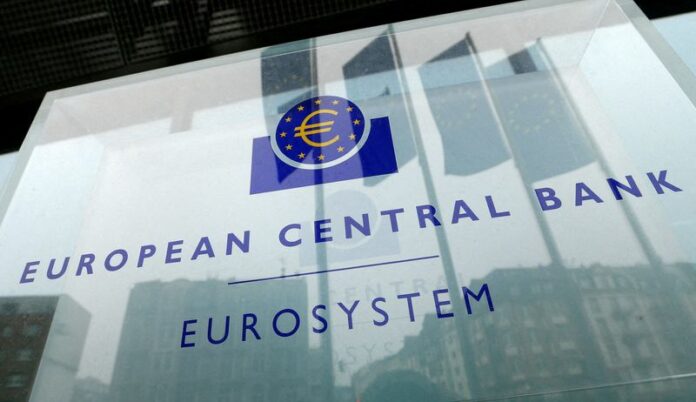 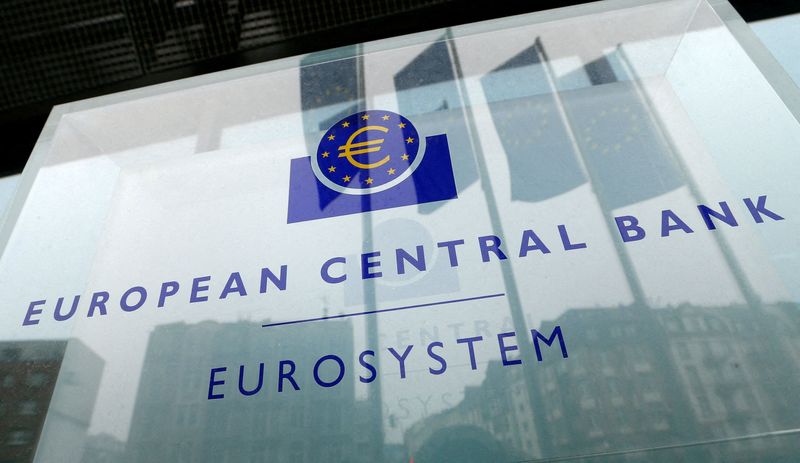 © Reuters. FILE PHOTO: The logo of the European Central Bank (ECB) is pictured outside its headquarters in Frankfurt, Germany, December 8, 2016. REUTERS/Ralph Orlowski

FRANKFURT (Reuters) – The European Central Bank confirmed on Thursday it will end a long-running bond buying scheme on July 1 and signalled a string of interest rate hikes from July as it battles stubbornly high inflation.

With price growth surging last month to a record-high 8.1% and broadening quickly, the ECB is rolling back stimulus measures it has had in place for most of the last decade.

It aims to stop rapid price growth from seeping into the broader economy and becoming perpetuated via a hard-to-break wage-price spiral.

Following up on a long-promised move, the ECB said it would end its Asset Purchase Programme, its main stimulus tool since the euro zone debt crisis, and said it would raise rates by 25 basis points in July, then move rates again in September, possibly by a bigger margin.

“The Governing Council intends to raise the key ECB interest rates by 25 basis points at its July monetary policy meeting,” the ECB said.

“The Governing Council expects to raise the key ECB interest rates again in September,” it said. “If the medium-term inflation outlook persists or deteriorates, a larger increment will be appropriate at the September meeting.”

The ECB’s deposit rate now stands at minus 0.5% and ECB chief Christine Lagarde has said it could be back at zero or slightly above by the end of the third quarter.

Markets, however, expect even more aggressive action, pricing in 135 basis points of hikes by the end of this year, or an increase at every meeting from July, with some of the moves in excess of 25 basis points.

The bank has not raised rates in 11 years and the deposit rate has been in negative territory since 2014.