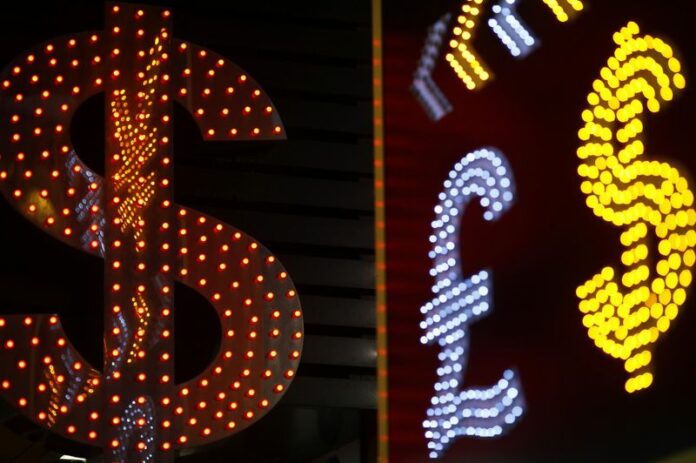 ECB to Firm Up Path to Rate Liftoff in July: Decision Guide

© Reuters. ECB to Firm Up Path to Rate Liftoff in July: Decision Guide

The European Central Bank is set to announce an imminent end to large-scale asset purchases when it meets on Thursday, paving the way for a first increase in interest rates in more than a decade next month.

The plan would match a timetable unveiled by President Christine Lagarde, who wants to bring the curtain down on subzero borrowing costs in the third quarter. Officials are striving to tame record inflation while averting further damage to an economy bruised by the war in Ukraine.

Despite hawkish policy makers urging an initial half-point hike, economists see moves of half that size in July and September, lifting the deposit rate from -0.5% at present.

Deliberations will be guided by fresh quarterly economic forecasts that should better capture the knock-on effects of Russia’s invasion of its neighbor, which shares a border with the 19-member euro zone.

The projections are almost certain to show inflation at or above the ECB’s 2% medium-term goal in 2024. It’s currently more than four times the target, while over 60 central banks around the world are already raising rates.

“A new front has opened up in the battle between the hawks and the doves at the European Central Bank — whether to hike by 50 or 25 basis points in July. The majority of the Governing Council seems to be in support of a smaller move.”

The decision will be announced at 1:45 p.m., with Lagarde to hold a news conference 45 minutes later. The meeting will take place in Amsterdam as the ECB returns to holding one policy gathering a year outside its Frankfurt base following the pandemic.

Under official guidance, net bond-buying should end in the third quarter, with Lagarde and others already saying the step will happen early in that period. The ECB has long pledged not to raise rates before purchases are concluded, despite some officials challenging the plan.

While Chief Economist Philip Lane calls two quarter-point hikes in the third quarter a “benchmark pace,” some of his colleagues back kicking off with a half-point move. Markets reckon there’s a 50/50 chance of that happening.

How far borrowing costs must rise is another point of contention. Some say the neutral rate — which neither stimulates nor slows the economy — should be a focus, with estimates for its level ranging from 1% to 2%.

Dovish Executive Board member Fabio Panetta has warned against increasing rates too far, urging a gradual approach and maybe even a pause at zero.

Key to whatever’s decided are the new projections. While poised to confirm prices will remain elevated for longer amid the Ukraine conflict and supply bottlenecks in Asia, they’re also likely to show weaker economic expansion, reinforcing stagflation fears.

New forecasts this week from the Paris-based OECD painted an even more dire picture for 2023 than the most-pessimistic scenario drawn up by ECB in the aftermath of Russia’s attack. There’s also the danger that price pressures abate more quickly than the majority expects.

“The risks to inflation are more symmetrical rather than to the upside,” said Colin Ellis, chief credit officer in EMEA at Moody’s Investors Service and a former Bank of England official. “If for some reason energy prices were to collapse, you could have very low inflation very fast.”

As the ECB gears up to start lifting rates, some policy makers are pushing for stronger language to ward off unwarranted jumps in the bond yields of vulnerable euro-area countries like Italy, according to people familiar with the matter.

As reported first by Bloomberg in April, the ECB is working on a new tool to combat so-called fragmentation, having only so far earmarked reinvestments from maturing debt under its pandemic bond-buying program for that goal.