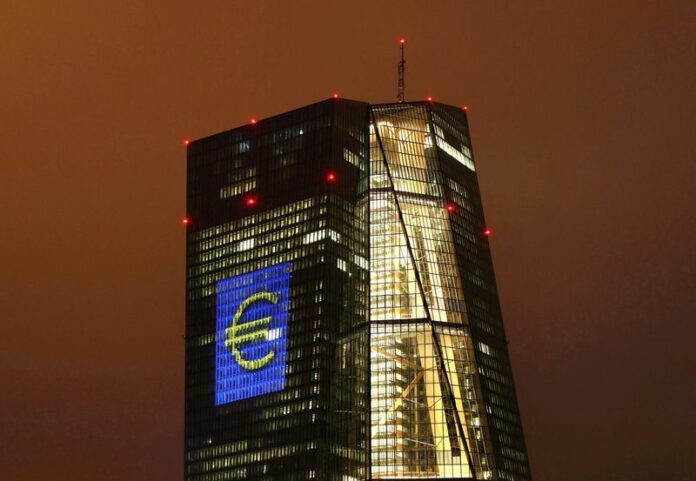 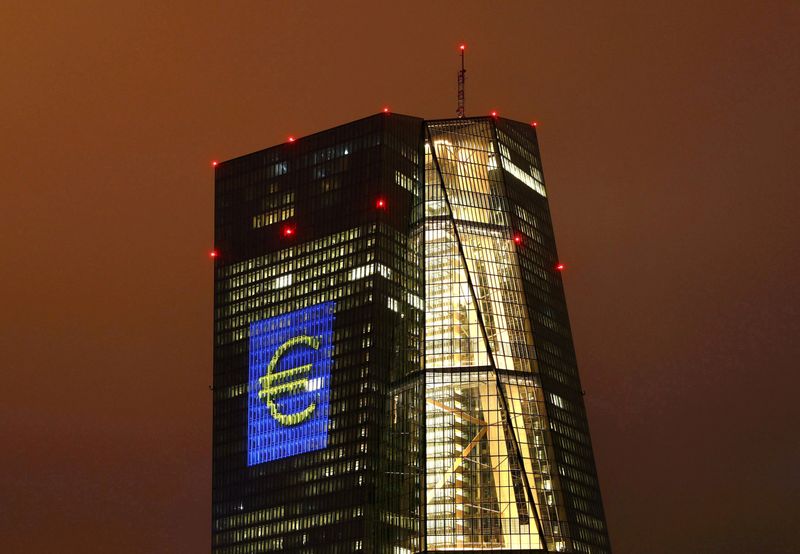 © Reuters. FILE PHOTO: The headquarters of the European Central Bank (ECB) are illuminated with a giant euro sign at the start of the “Luminale, light and building” event in Frankfurt, Germany, March 12, 2016. EUTERS/Kai Pfaffenbach/File Photo

(Reuters) – Gearing reinvestments of pandemic-era bond purchases back into stressed markets may not be enough to prevent unmanageable divergences in borrowing costs across the euro area as the ECB hopes after ending its bond buying, UBS warned on Friday.

So-called fragmentation, when the premium investors demand to hold bonds from lower-rated states over Germany rises too much, challenges the European Central Bank’s ability to transmit monetary policy effectively.

The central bank’s 1.85 trillion euro Pandemic Emergency Purchase Programme (PEPP), launched in March 2020, allowed bond buying according to need rather than the size of an economy as required by the “capital key” it sticks to for regular purchases.

While new bond buying under the PEPP ended in March, the ECB committed in December to choosing where it reinvests proceeds from maturing holdings in the event of stress. Official data suggests it did not reinvest flexibly in April and May.

“We are struck by how much weight the ECB is putting behind the reinvestment channel as a means of preventing fragmentation because we think this is the weakest channel of (quantitative easing) flow support,” UBS strategist Rohan Khanna said in a client note.

He noted that euro area bond yields have risen sharply this year even as ECB bond buying continued.

“In practice, though, this number may be much smaller, as all sovereign markets are facing higher yields and wider spreads versus Germany,” Khanna wrote.

Also, the ECB has said https://www.ecb.europa.eu/mopo/implement/pepp/html/pepp-qa.en.html that in normal market conditions, because redemptions are large and unevenly distributed, it will smooth reinvestments across countries, but reverse any capital key deviations that result within the calendar year.

“We find this to be a strange constraint,” Khanna said. “That implies that large-scale flows are unlikely to be shifted towards any single market because reversing them in short order would be tricky.”

The Italian/German 10-year bond yield spread rose to 234 bps on Friday, its highest since May 2020.

The ECB wound down its bond buying scheme on Thursday and flagged rate hikes ahead to contain record-high inflation. But it saw no need to create a new tool to rein in borrowing costs for weaker economies.

“The lack of details on the anti-fragmentation tool as yet has clearly signalled that the (ECB’s pain) threshold is higher – closer to 250 bps or beyond,” Khanna said.