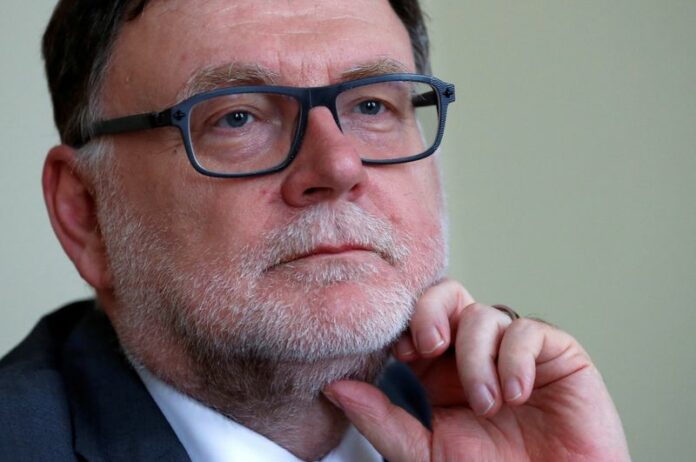 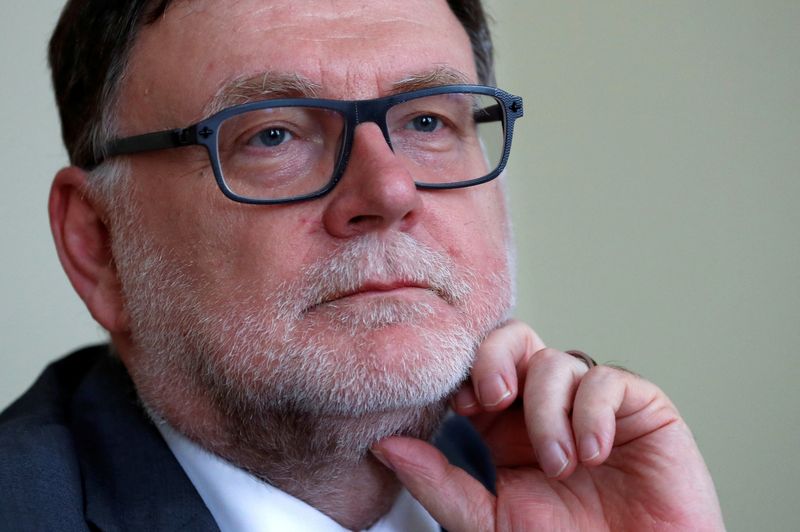 By Jan Lopatka and Jason Hovet

PRAGUE (Reuters) – The Czech Republic’s finance minister told Reuters he aimed to keep next year’s budget deficit target below this year’s plan – after a report last week showed a higher gap – to help bring the fiscal gap within EU limits by 2024.

The war in Ukraine has led to a downturn in growth in the central European country, as well as more spending on defence and aid for hundreds of thousands of refugees. Inflation is compounding pressure on the ruling coalition for more spending.

Finance Minister Zbynek Stanjura, in his first comments since CTK news agency reported on the draft, said in an interview the 2023-2025 figures drafted were “preliminary” and the government had not started political debate yet.

“I have a notion of the maximum deficit for next year. My idea is it will be lower than this year,” he said late on Thursday. The drop will not be as big as he expected earlier, he said, adding “I am convinced that there simply must be a drop.”

Soaring energy prices are forcing the state to try to ease the burden on households, including a cut in the fuel tax and lower energy tariffs.

This year’s deficit will rise in a planned update next month; the Fitch rating agency cut the country’s AA- rating outlook to ‘negative’ last month.

The early draft of 2023 budget plans, seen by Reuters and reported last week by CTK news agency, charted a 295 billion crown ($12.72 billion) deficit next year and similar shortfalls in 2024 and 2025, raising questions about the government’s budget-cutting resolve.

For this year, Stanjura said he would prepare an update by July, in which the 2022 deficit target would still “certainly” be less than 350 billion crowns.

After taking power in December, the centre right government pledged to cut deficits fuelled by pandemic spending and wage and pension hikes by the previous administration.

The deficit hit a record 420 billion crowns in 2021, pushing the overall fiscal gap to 5.9% of gross domestic product, almost twice the European Union-mandated ceiling of 3%.

Stanjura said that despite the new pressures, the government still aimed to bring the fiscal deficit below 3% of GDP in 2024.

“We are still aiming for that. We haven’t resigned (that goal),” he said.

“So far there hasn’t been a reason to change the priorities in the government’s programme, with the exception of trying to speed up raising defence spending to 2% (of GDP).”

The Czech Republic is less indebted than most EU peers, but its debt rise has been one of the fastest, jumping to 42% of GDP last year from 30% in 2019.

Some economists, including the state fiscal council, have argued the government must raise taxes to close budget gaps.

Stanjura insisted the government would not increase taxes or undo an income tax cut his Civic Democrats party helped push through while in opposition, which cost an estimated 100 billion crowns a year.

“We have long been saying the state’s problem is on the expenditure side of the budget,” he said.

Cargill aims to boost ships’ use of biofuel, methanol to cut emissions