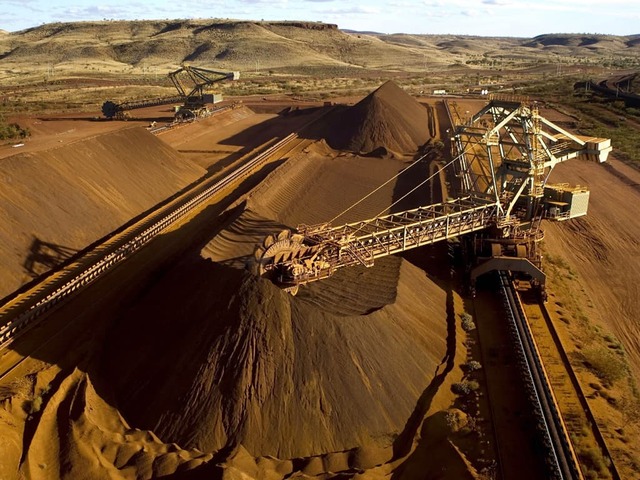 MANILA: Iron ore prices fell in morning trade on Friday and headed for weekly losses on renewed concerns over demand in China, where fresh COVID-19 alerts threaten to derail the economy’s reopening and steel margins have come under pressure.

China’s commercial hub of Shanghai faces an unexpected round of mass COVID testing this weekend, following the discovery of a few cases in the community, just 10 days after a city-wide lockdown that hurt businesses was lifted. Lockdowns in China, which has a tough zero-COVID policy, have battered the world’s second-largest economy and biggest steel producer.

“China remains a big source of uncertainty for global growth,” J.P.Morgan analysts said in a note. The economy’s reopening, which has led to a surge in China’s exports in May, “also raises the risk that cases re-emerge”.

The most-traded September iron ore contract on China’s Dalian Commodity Exchange fell as much as 2.2% to 910 yuan ($136.04) a tonne, and was on track for its first weekly loss in four weeks.

On the Singapore Exchange, the steelmaking ingredient’s most-active July contract dropped by 3.1% to $137.35 a tonne. However, spot iron ore in China traded higher this week, hitting a seven-week peak on Thursday at $148 a tonne, SteelHome consultancy data showed, as short-term demand picked up.

China’s iron ore imports rose 3% in May from a year earlier, data on Thursday showed, after disruptions to shipments by major suppliers eased.

The country ramped up its purchases – despite weak profits at steel mills – also because of the easing of COVID-related curbs and Beijing’s stimulus support for the struggling economy. Other ferrous materials were also under pressure, with Dalian coking coal down 0.5% by 0255 GMT, while construction steel rebar on the Shanghai Futures Exchange slipped 0.2%.