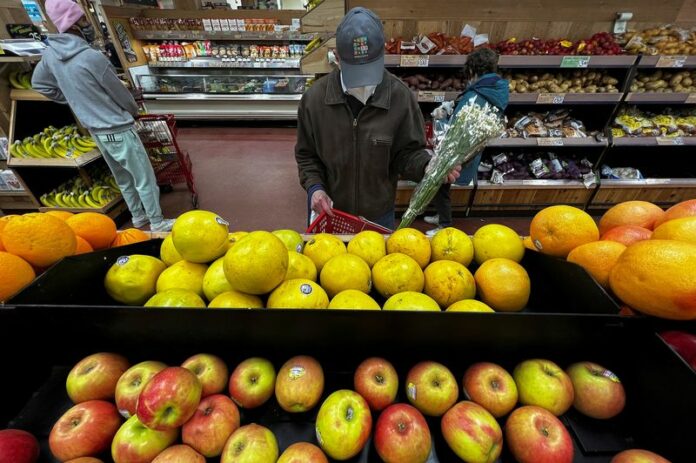 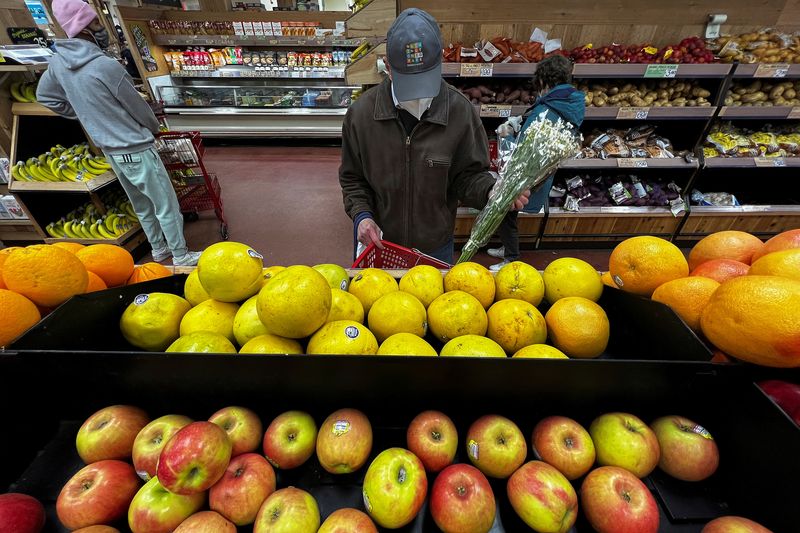 (Reuters) -Stubbornly hot U.S. inflation is fueling bets that the Federal Reserve will get more aggressive about trying to cool price pressures and even potentially ditch its own forward guidance by delivering a jumbo-sized interest rate hike in coming months.

Fed policymakers had already all but promised half-point interest rate hikes at their meeting next week and again in late July, following May’s half-point hike and the start of balance sheet reductions this month. That would be more policy tightening in the space of three months than the Fed did in all of 2018.

On Friday, traders of futures tied to the Fed policy rate began pricing in an even bolder path after U.S. Labor Department data showed sharply higher food and record gas prices pushed the consumer price index (CPI) up 8.6% last month from a year earlier. A separate University of Michigan survey showed longer-term inflation expectations rising to their highest since 2008.

Prices of Fed funds futures contracts now reflect better-than-even odds of a 75-basis-point rate hike by July, with a one-in-four chance of that occurring next week — up from one-in-20 before the inflation report — and a policy rate in at least the 3.25%-3.5% range at year end.

Yields on the two-year Treasury note, seen as a proxy for the Fed’s policy rate, topped 3% for the first time since 2008.

“We believe that today’s inflation data – both the CPI and UMich inflation expectations – are game changers that will force the Fed to switch to a higher gear and front-load policy tightening,” wrote Jefferies’ Aneta Markowska, who joined economists at Barclays (LON:BARC) on Friday in forecasting a 75-basis-point rate hike at the Fed’s June 14-15 meeting.

Most economists still expect a half-point hike next week, and more of the same at subsequent meetings through at least September if not further.

Core CPI, which strips out volatile energy and food prices, rose 6% in May, down slightly from April’s 6.2% pace but far from the “clear and convincing” sign of cooling price pressures that Fed Chair Jerome Powell has said he needs to see before slowing rate hikes.

“Any hopes that the Fed can ease up on the pace of rate hikes after the June and July meetings now seems to be a long shot,” wrote Bankrate chief financial analyst Greg McBride.

Economists at Deutsche Bank (ETR:DBKGn) concurred, and said they now forecast rates to rise to 4.125% by mid-2023.

Fed policymakers at the close of next week’s meeting will release their own best guesses of how high they’ll need to lift short-term rates. They’ll also provide forecasts of how much unemployment – now at 3.6% – may need to rise before the economy slows enough to reduce inflation.

In recent weeks some had expressed the hope that by September their own rate hikes, along with easing supply chain pressures and an expected shift in household spending away from scarce goods and toward services, would have started to ease price pressures and allowed them to downshift to smaller rate hikes.

Friday’s inflation report suggested the opposite.

Used car prices, which had been sinking, reversed course and rose 1.8% from the prior month; airline fares rose by 12.6% from the prior month and 37.8% from a year earlier. Prices for shelter – where trends tend to be particularly persistent – rose 5.5%, the biggest jump in more than 30 years.

The Fed’s current policy rate target is now 0.75%-1%. Fed officials want to get it higher without undermining a historically tight labor market and sending the economy into recession, but accelerating inflation will make that a hard task.

“These are ugly numbers. … I’d say we’ll probably be in a recession in the fourth quarter of this year with confirmation in the second quarter of 2023,” said Peter Cardillo, chief market economist at Spartan Capital Securities.