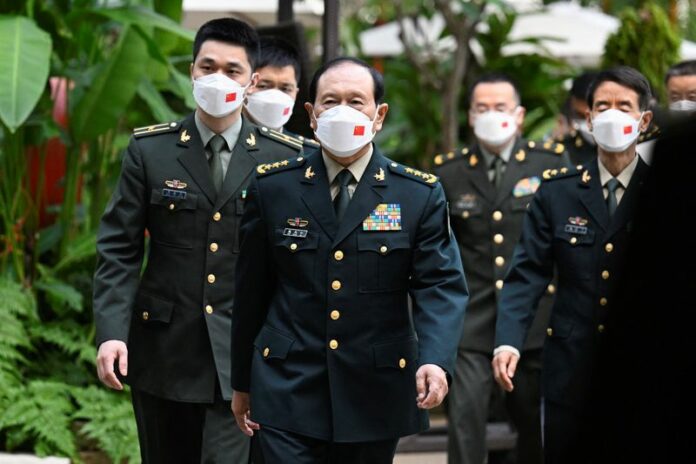 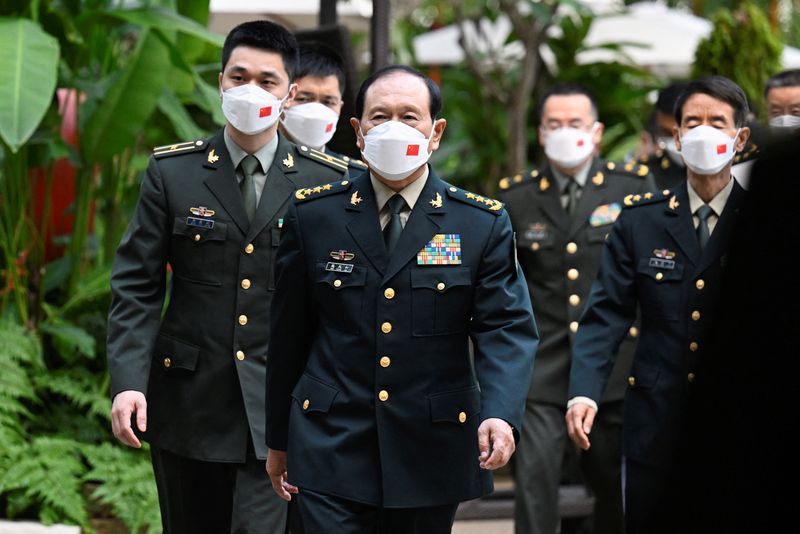 SINGAPORE (Reuters) – Chinese Defence Minister Wei Fenghe said on Sunday that it was up to the United States to improve the bilateral relationship, saying that the ties were at a critical juncture.

“We request the U.S. side to stop smearing and containing China. Stop interfering in China’s internal affairs. The bilateral relationship cannot improve unless the U.S. side can do that,” Wei, dressed in the uniform of a general in the People’s Liberation Army, told delegates at the Shangri-La Dialogue, Asia’s premier security meeting.