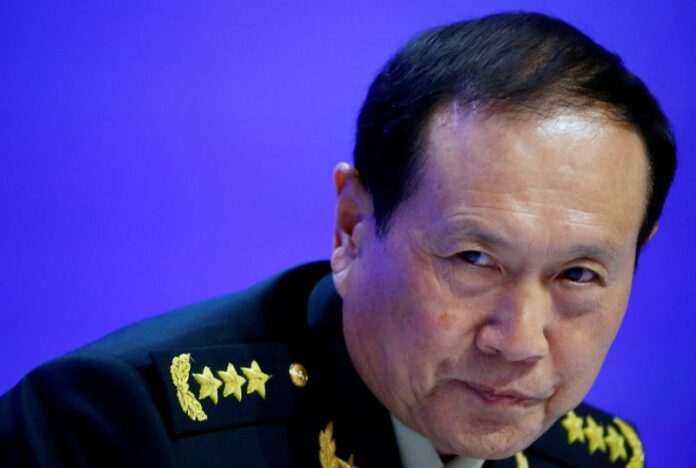 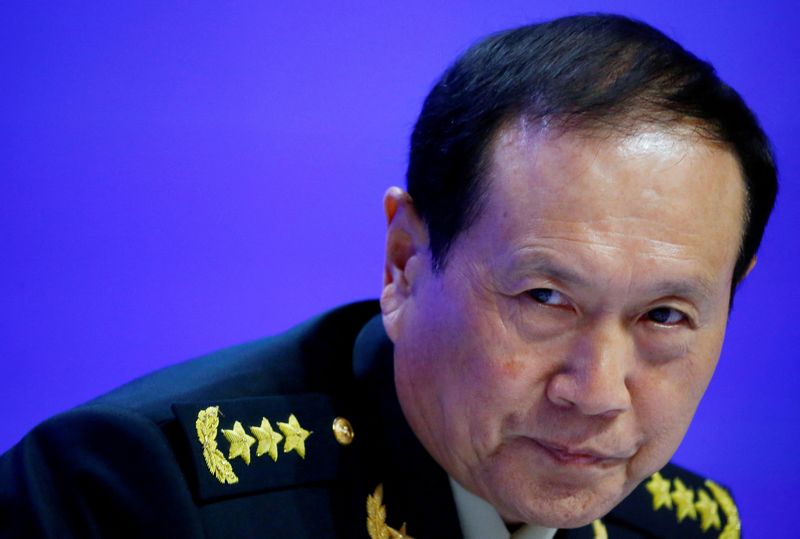 (Reuters) – China has made “impressive progress” in developing new nuclear weapons, but will only use them for self-defence, and never use them first, Chinese Defence Minister Wei Fenghe told delegates at the Shangri-La Dialogue on Sunday.

In response to a question about reports last year on construction of more than 100 new nuclear missile silos in China’s east, he said China “has always pursued an appropriate path to developing nuclear capabilities for protection of our country”.

He added nuclear weapons displayed in a 2019 military parade in Beijing – which included upgraded launchers for China’s DF-41 intercontinental ballistic missiles – were operational and deployed.

“China has developed its capabilities for over five decades. It’s fair to say there has been impressive progress,” he said. “China’s … policy is consistent. We use it for self defence. We will not be the first to use nuclear (weapons).”

He said the ultimate goal of China’s nuclear arsenal was to prevent nuclear war.

“We developed nuclear capabilities to protect the hard work of the Chinese people and protect our people from the scourge of the nuclear warfare,” he said.

The U.S. State Department last year called China’s nuclear buildup concerning and said it appeared Beijing was deviating from decades of nuclear strategy based around minimal deterrence. It called on China to engage with it “on practical measures to reduce the risks of destabilising arms races.”