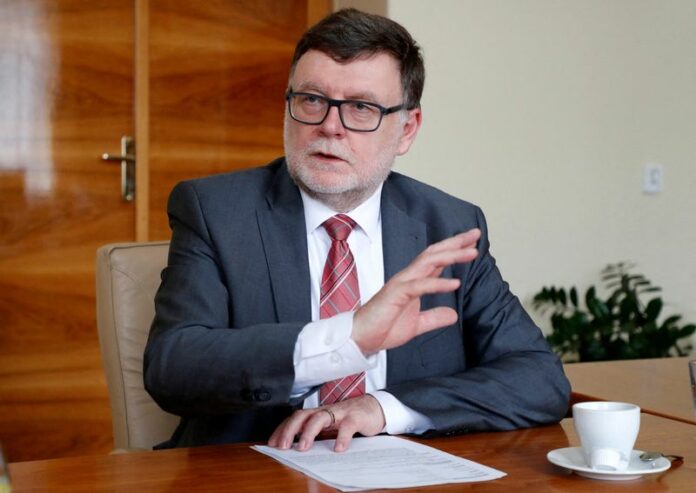 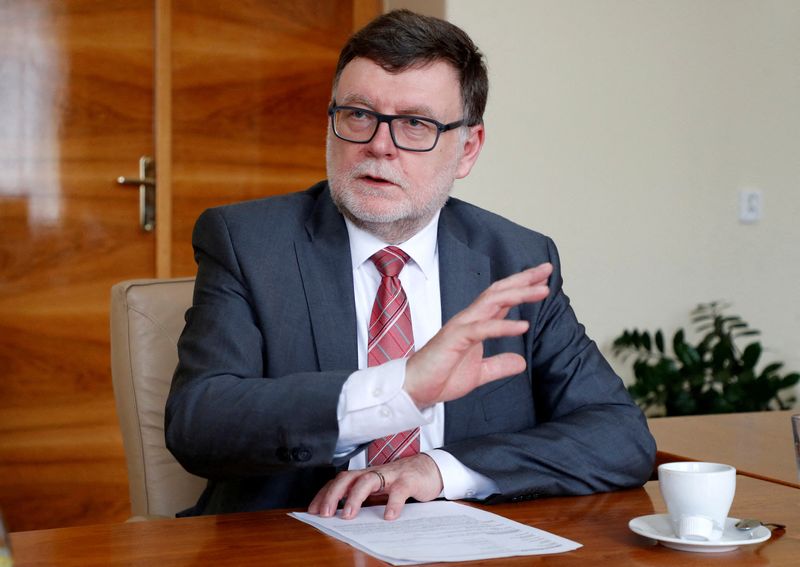 By Jan Lopatka and Jason Hovet

PRAGUE (Reuters) – The Czech government’s plan to let companies pay taxes in euros from 2024 will enable the state to raise its borrowing in euros and it expects “low tens of percent” of firms to make the switch, Finance Minister Zbynek Stanjura told Reuters.

The plan, which the government wants to push through parliament by early next year, would allow value-added tax and corporate income tax in euros instead of crowns, he said, giving details of a plan the government flagged when it took power late last year.

The Czech Republic, one of eight European Union members outside the common EU currency zone, has no firm dates for euro adoption, but the step would take the highly export-dependent economy further to euroisation.

“At the moment we offer this, we will, I believe, resolve a big conflict in the business community, where the smaller part, exporters, will welcome it and have wanted it for long time, and the others not,” Stanjura said in an interview late on Thursday.

He said the government did not know how much government revenue from companies would switch to the euro zone currency.

“We cannot automatically assume that every exporter…will choose to do it,” he said.

“If I were to make a rough estimate, it is lower tens of percent … 10,20,30, that is really rough, we do not have a more detailed analysis.”

Stanjura said other steps toward joining the euro were not on the cards, as the five-party ruling coalition has varying approaches – from the very pro-euro Pirate and TOP09 parties to Stanjura’s more sceptical Civic Democrats.

If the change is approved, which Stanjura said he aimed to do as part of a new accounting law by early 2023, it could lead to a higher proportion of government debt in euros, he said.

“We are beginning debate about, when we will estimate higher government revenue in euros, how it will be reflected in financing state debt,” he said.

“The key decision must be made next year for the (financing) strategy from the year 2024.”

The government repaid its last outstanding Eurobond last month and now only has 1.5 billion euros in outstanding euro debt issued under local law, which the ministry’s debt chief told Reuters last month was the preferred way to raise euro debt.