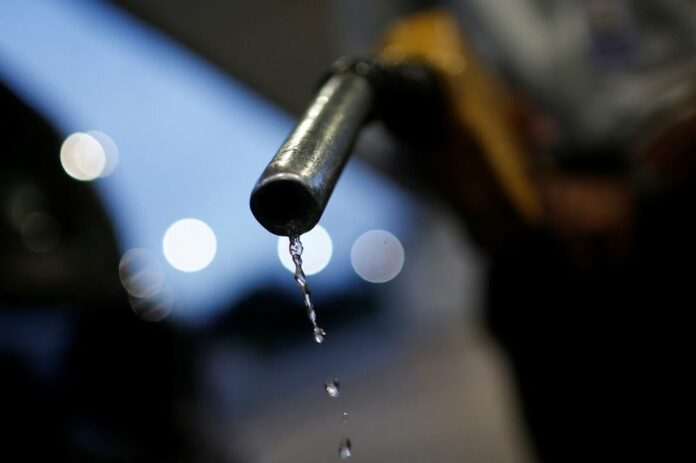 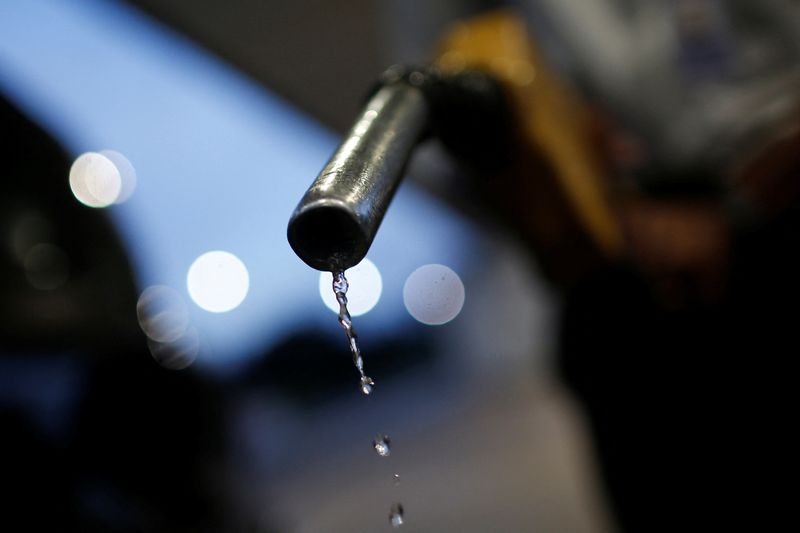 Investing.com — At $5 a gallon or more for gasoline this week, many Americans are probably wondering how much higher the pump price of fuel can go.

Rather than just pondering about the cost of their next fill-up, it might benefit them to learn about the mechanics of price-fixing by petroleum refiners, wholesalers and retailers that results in that pump price and what they – as consumers – can do to help bring it down.

Yes, there is a “fixing” involved where fuel prices are concerned. But whether that is tantamount to gouging depends on the interpretation of the facts and science involved in pump-price discovery.

Aside from the “unfriendly” or “destructive” fossil fuel policies of Joe Biden and the “Ukraine war” or “Putin price hikes” we regularly read of in the media, energy prices are influenced by summer/winter seasonalities, environmental adherence costs, refinery maintenance schedules, tax increases, dollar strength/weakness, front-month expiry in futures market and, finally, product demand itself.

For the purpose of gasoline, the cost is divided into three stages: crude price, the refiner “crack” or profit and retailer/other markups.

The crude price – at Friday’s settlement of $120.47 for a barrel of U.S. West Texas Intermediate for July delivery – and the AAA-quoted $5-a-gallon-on-the-average for gasoline is known to all.

What’s less known is the disparity in prices between one gas pump and another and the mechanics behind the “mystery surcharges” for fuel in California, the state with the highest energy prices in America. More on these two later.

First, let’s take a look at the refiner crack, also known as refiner margin outside of the United States. On Friday, that was at $53.34 a barrel. This means that for every barrel of crude obtained at $120 – we’re rounding down the price of a barrel to make the math simpler – the refiner’s return is $53 or 44%. To make it more relevant to you, the consumer, you’re paying about $173 for every refined barrel of oil – if it’s just based on the crack added to the crude price. The truth is you’re always paying more than that.

In revenue terms, for gasoline this means that the 20 gallons multiplied at Friday’s pump price of $5 per gallon results in $100 per barrel. For the distillates portion, the 12 gallons can best be multiplied by $5.77 per gallon – the average price of diesel from Friday. That’s another $69, rounded up.

Add the two and you get almost $170, just shy of the $173 for the crude-crack combo tabulated earlier. The balance 10 gallons of assorted energy products in the barrel, even at a crack price of say $3 per gallon, would likely yield $30 more. Add the three and you’d get $200 as what consumers pay for a refined barrel. This shows an $80 premium over a barrel of crude, or a real refining premium of 67%.

The truth is the fuel refining and delivery industry typically has a combined profit margin of 50% to 80% on a barrel of crude at most times, maintaining that even during the two-year-long coronavirus pandemic.

In April 2020, at the height of the demand destruction caused by the Covid outbreak, the gasoline crack spread was at around $5 while a barrel of WTI crude averaged $18.

The pump price of gasoline itself in April 2020 averaged $1.50. Under the crack spread, the 20 gallons of gasoline would have meant a consumer cost of $30 a barrel.  Diesel averaged $2 a gallon then, meaning the 12 gallons from a barrel there would have meant a diesel cost of $24 for the consumer. Add the two – without the remaining 10 gallons of other products – and you already get $54. That’s a premium of $36 over the $18 crude price then, or a 100% return.

Even so, this doesn’t necessarily mean there was fuel price gouging during the pandemic. The truth is there was barely any demand for fuel at pumps in April 2020. While there was $36 worth of fuel for a barrel available, the likelihood was just a fraction was sold each day.

It’s necessary for pumps to charge more than the norm at times because they have fixed monthly costs like leases, wages and maintenance, regardless of whether they sell enough fuel. It’s acceptable that the real premium for a refined barrel had to be higher during the pandemic to compensate for fuel that was not sold. Otherwise, gas pumps would have gone out of business just like some refiners who folded up  — leaving us with today’s inadequate refining capacity that’s partly responsible for the gas price crisis we have now.

What’s not acceptable though is the industry not being forthcoming with its pricing mechanics, creating the impression that price gouging is not just happening but is outrageous now.

Case in point: For more than 20 years, California lawmakers and consumer advocacy groups have called for an investigation into why gas prices in California are consistently higher than prices in other states, even after accounting for taxation differences and the costs of adhering to the Golden State’s strict regulatory requirements.

Over the years, the focus has shifted to questions about why certain name-brand gas stations often charge more than 30 cents more per gallon than stations with less prominent names. Top brand-name gas stations are usually run by oil producing-refining companies themselves.

Logically, an Exxon, Chevron, Shell and BP station should be able to sell at lower prices since they are one-stop operations with presumably lower costs for acquiring both the raw materials and finished products for their stations. Typically, the brand-name stations advertise their fuel as meeting the highest standards for cleanliness and performance, though they don’t officially say if that’s why they charge more.

In October, the California Energy Commission published a report that found that name-brand gas stations charge “higher prices for what appears to be the same product” and that “if competitors decide collectively to fix prices, this may be unlawful.”

“It’s really astounding, the language [the CEC report] used: They [the gas stations] are charging higher prices because they can; it’s the same gasoline, but there’s nothing they [the CEC] can do about it,” Jamie Court, president of the Consumer Watchdog nonprofit advocacy group, told the Los Angeles Times. “No one knows how much these guys are making when they process this crude into gasoline.”

And then there’s the “mystery gas surcharge” that California drivers alone pay, according to Severin Borenstein, energy economist at the University of California, Berkeley.

In a blog post, he defines the surcharge as “the premium of California gas prices above the rest of the U.S., AFTER accounting for the fact that we have higher taxes and environmental fees, and we use a cleaner gas formulation.”

In defense of the industry, Kara Greene, a spokeswoman for the Western States Petroleum Association, told the LA Times that an average of $1.27 of each gallon of gas sold in California goes to taxes, fees and climate programs. Of that amount, 10 cents on average goes toward state and local sales taxes, the latter of which can vary widely, Greene said.

“Municipalities are going to be different. Different places have different excise taxes and that’s the sales tax for gas,” she said. “I live in Sacramento, and they have a much higher sales tax for gasoline than another town might have.”

Borenstein said that while the industry group’s figures appear to be accurate, the mystery gasoline surcharge is a separate charge levied in addition to taxes, fees and climate program costs. And branded gas stations typically charge a disproportional amount more than unbranded ones in California, which drives prices even higher.

“If people were to shop around more and go to those off-brand stations,” Borenstein said, “it would put pressure on the branded stations to lower their price. But Californians seem less willing to do that.”

Therein is the other problem with gas prices being where they are: unhelpful consumer habits.

The bottom line is gas station proprietors, like other business owners, are free to charge whatever they want. A combination of leasing costs, market forces, local differences and entrepreneurial prerogatives help determine prices from one filling station – or county – to the next.  Branding and pricing strategies often come into play as well.

A related issue for consumers is convenience. Many will pay slightly more per gallon if it means avoiding a U-turn at a busy intersection or not going out of their way.

Here, consumers can start learning from police and other emergency service personnel who have started cutting down on making trips not deemed to be an emergency after all.

“I have instructed the deputies to attempt to manage whatever calls are acceptable over the phone,” Isabella County Sheriff Michael Main said in a Facebook post. “This would be non-in-progress calls, non-life-threatening calls, calls that do not require evidence collection or documentation.”

Workers’ unions can also push employers for a return to work from home, or WFH, for staff whose presence is not essential on-site. While WFH might mean slightly higher cooling bills for those working from home during the summer, the savings on fuel might still be substantial.

As the saying goes, the consumer is king. Demand destruction in oil will not come at any price if the consumer does not will it.

Good luck at the pump.

On Wednesday, Brent hit $124.38, its highest since 14-year peaks of above $130 reached on March 9 after the invasion of Ukraine that triggered Western sanctions on Russian oil that upended the global energy market. The global crude benchmark is up 57% so far for this year.

“Positivity in the weekly stochastic reading of 73/68 and the Relative Strength Index of 68 stand in technical contrast with bearish DOJI weekly closing,” said Dixit.

“We see minor possibilities for a retest of $123 but if this upward move is established by price action, look for bullish attempts at $126 and $130,” said Dixit.

“On the higher probability is a downward correction; a decisive break below $118 can expose WTI to $115 and even lower to $113.”

For the week, the benchmark gold futures contract was also up 1.2%.

Dixit of skcharting.com noted that gold pulled off one of its best weekly gains amidst high volatility triggered by data showing U.S. inflation at new 40-year highs.

“Gold plunged to $1,825 critical support, which attracted buyers and bears running to cover shorts as the metal strengthened above $1,850 level, taking the run up to $1,876 above the 50-Day Exponential Moving Average of $1,970,” Dixit said.

He said gold’s weekly stochastic reading of 29/25 and RSI bullish position called for further upside with some consolidation between the $1,855-$1,845 for next leg higher at $1,893.

“Any rejection above $1,893 can hurt the short-term bullish breakout structure and the metal can plunge into the $1,855-$1,840 area, below which a bearish trend can resume.”

Disclaimer: Barani Krishnan does not hold positions in the commodities and securities he writes about.