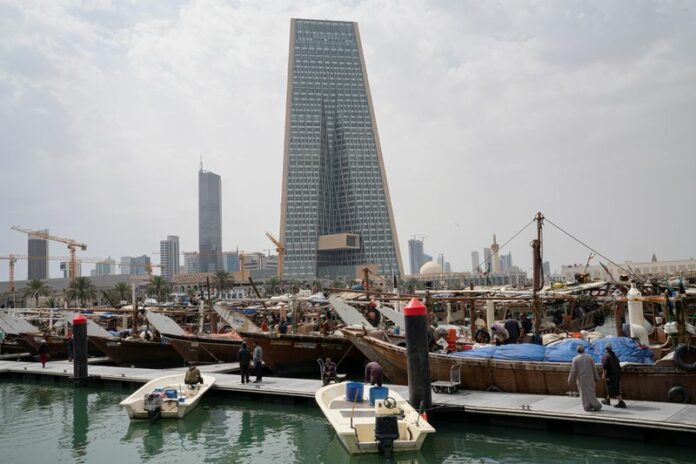 DUBAI (Reuters) – Most Gulf central banks followed the U.S. Federal Reserve on Wednesday, lifting their key interest rates by three-quarters of a percentage point, while Saudi Arabia made a smaller hike after the latest data showed inflation there slowing slightly.

The U.S. central bank projected a slowing economy and rising unemployment in the United States in the months to come after raising its interest rate by its biggest hike since 1994.

The Gulf Cooperation Council (GCC) countries have their currencies pegged to the U.S. dollar, except Kuwait.

The Central Bank of Kuwait raised its discount rate by 25 bps to 2.25%. Its peg to a basket, the composition of which is undisclosed, gives it more room to diverge from Fed policy if domestic economic conditions call for that.

Monica Malik, chief economist at Abu Dhabi Commercial Bank, said, “on the whole, households in the region are seeing less pressures with weaker inflation than the global trend, albeit still rising. The economic outlook should still be supported by the investment programmes, which we see continuing.”

The central banks of the United Arab Emirates, Qatar and Bahrain all hiked their key rates by 75 basis points in lockstep with the Fed.

Oman, the remaining member of the six-country GCC, is widely expected to follow with a similar hike.

The hikes “will create a headwind for recoveries in non-oil sectors by disincentivising borrowing and making it more attractive to save,” said James Swanston of Capital Economics.

“However, we have tended to find that in periods when oil prices are high that it tends to be a stronger driver of credit growth than interest rates. This is usually a result of governments opting to loosen fiscal policy and, as a result, greater domestic economic confidence, which helps to drive demand for borrowing.”

The Gulf economies rely heavily on hydrocarbons and have seen a huge windfall this year as oil prices soared amid supply concerns due to supply chain disruptions, the war in Ukraine and fears over a slowing economy, including due to hikes by world central banks as they try to tame inflation at multi-decade highs.

(This story corrects to ‘hike’ from ‘cut’ in first paragraph)