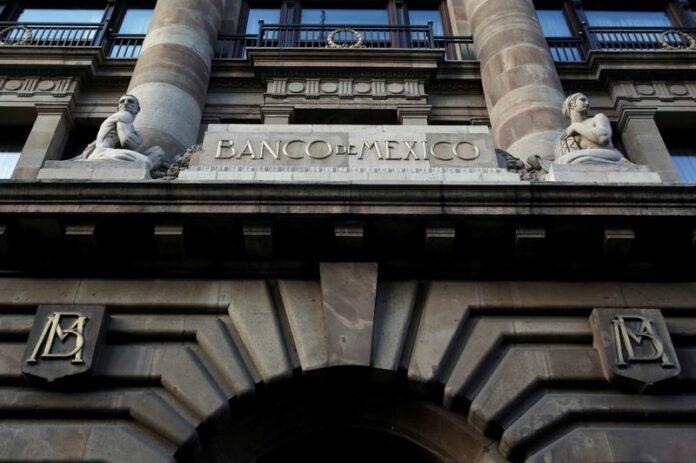 By Kylie Madry and Brendan O’Boyle

MEXICO CITY (Reuters) – Mexico’s financial system is resilient and solid despite international economic and geopolitical volatility, the central bank chief said on Wednesday during the introduction of the monetary authority’s financial stability report.

Earlier on Wednesday, the U.S. Federal Reserve raised its benchmark interest rate by three-quarters of a percentage point in a bid to stem stubbornly high inflation as well as a projected economic slowdown and rising unemployment for Mexico’s top trading partner.

Mexico’s central bank governor, Victoria Rodriguez, said the bank would analyze the Fed decision and take it into account, along with other factors, before it votes later this month on whether or not to hike interest rates.

“Obviously we have to vote … In my personal opinion, there will be a majority and we’re going to see an increase of 75 basis points,” he said last week.

Mexico’s central bank signaled in its report that financial stability faces risks due to remaining effects of the COVID-19 pandemic, repercussions from Russia’s invasion of Ukraine and global inflationary pressures.

Banxico, as the bank is known, also warned of lower-than-expected global economic growth, prolonged and accentuated weakness in Mexico’s domestic consumption and investment, plus possible adjustments to the credit rating for state oil company Pemex.

“I would like to point out that our country, in comparison to other emerging economies, has solid fundamentals both on the fiscal side and monetary policy side,” Rodriguez said during a conference accompanying the report.