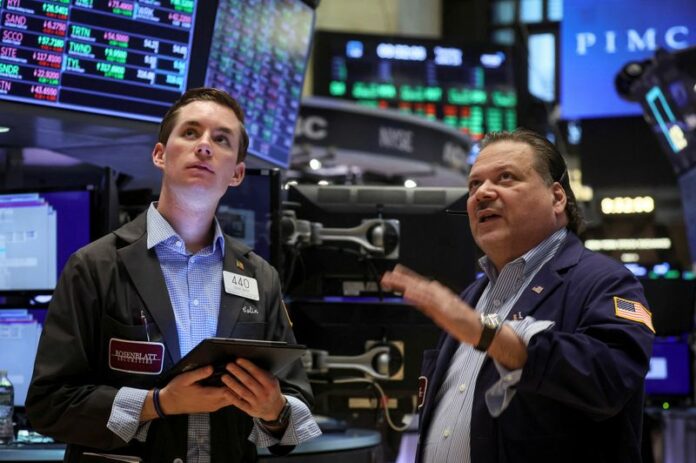 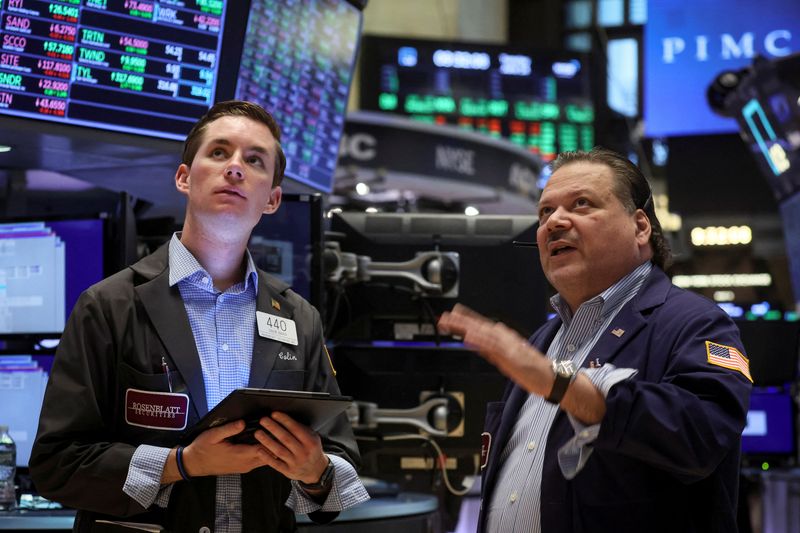 By Sruthi Shankar and Anisha Sircar

The selloff was severe as the Fed’s aggressive move raised fears of a spate of monetary tightening from global central banks that could slow growth around the world. Switzerland and Britain lifted rates following the Fed’s 75-basis-point hike on Wednesday.

Among the mega-caps, Apple Inc (NASDAQ:AAPL), Microsoft Corp (NASDAQ:MSFT) and Tesla (NASDAQ:TSLA) Inc were some of the biggest losers as investors dumped so-called growth stocks that drove much of the stock-market rally in the past two years.

“The selloff is entirely related to the shift in central bank policy – there are renewed concerns of a synchronized global slowdown that has to do with central banks around the world being more hawkish than expected,” said Ross Mayfield, investment strategy analyst at Baird in Louisville, Kentucky.

“The Fed and other central banks are intentionally engineering a slowdown and every day that this persists, the odds of hitting the soft landing they’re aiming for get harder and harder.” Wells Fargo (NYSE:WFC) said the odds of a recession now stand at more than 50%, following the Fed’s decision. Other banks that have warned of rising recession risks include Deutsche Bank (ETR:DBKGn) and Morgan Stanley (NYSE:MS).

The benchmark index has shed 22.9% year-to-date and is in a bear market, while the Nasdaq Composite and the S&P 500 indexes were set to mark their 10th weekly decline in the past 11 weeks.

All of the 11 major S&P sectors fell, with energy and consumer discretionary sectors dropping 4.1% and 4.4%, respectively. Defensive sectors fared better, with consumer staples down only 0.4%.