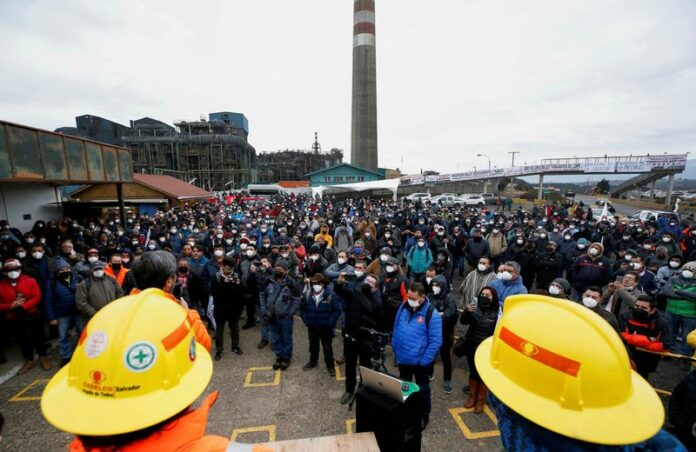 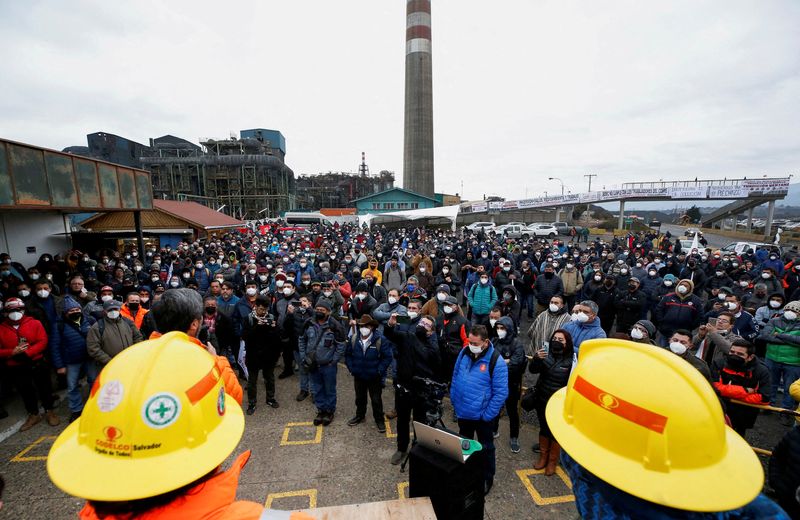 © Reuters. FILE PHOTO: Workers of Codelco’s Ventanas copper smelter take part in a rally in support of their job positions, after authorities declared an environmental emergency in the region, pointing to the refinery as a possible cause of contamination along with

SANTIAGO (Reuters) – Chilean state-owned Codelco, the largest copper producer in the world, will start a “path to close” the troubled Ventanas smelter according to a union source.

“The board of directors decided to start a path to close the Ventanas smelter,” said a union source who asked to remain anonymous because of the sensitivity of the meeting.

Workers at the state-owned company had threatened to strike if the board of directors failed to make necessary investments to update the smelter.