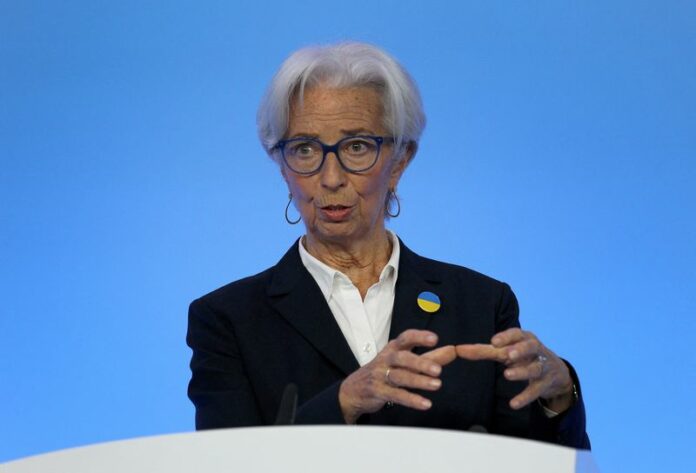 ECB will not be dominated by fiscal considerations -Lagarde 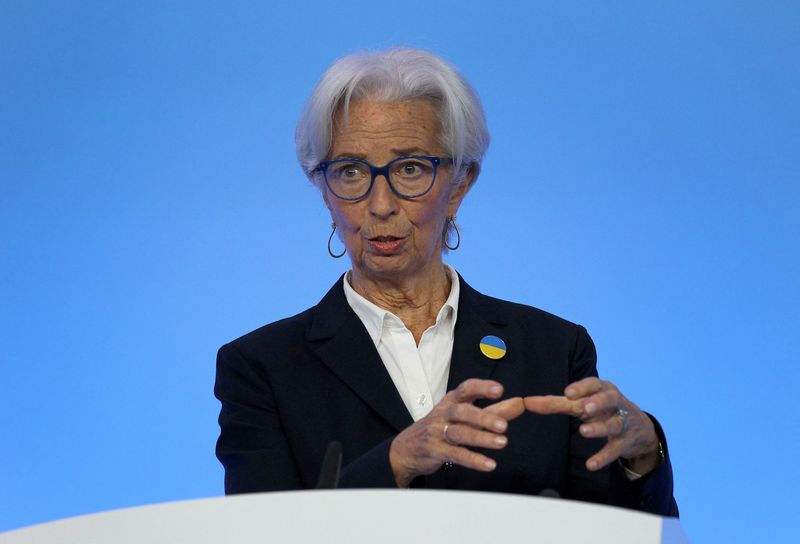 LONDON (Reuters) – The European Central Bank must focus on bringing inflation back to its 2% target and policy must not be dominated by fiscal considerations, ECB President Christine Lagarde said on Wednesday.

“We cannot surrender fiscal dominance,” Lagarde said in a public forum. “Neither can we surrender to finance dominance; we have to deliver on our mandate, which is, as many of you know, price stability.”

The ECB earlier on Wednesday said it would temper the rise in borrowing costs of southern member states as a blowout in yields would impair the transmission of policy and its ability to fight inflation.