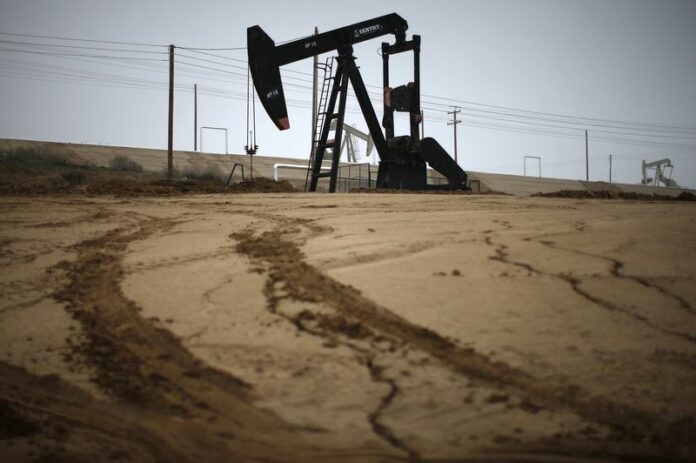 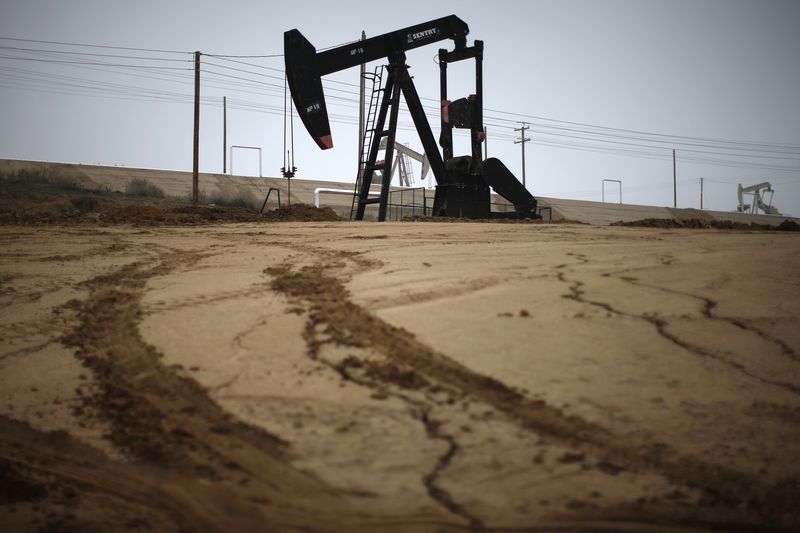 (Bloomberg) — Exxon Mobil Corp (NYSE:XOM)., Marathon Petroleum Corp (NYSE:MPC). and the other top US oil refiners are on course to reap a combined $10 billion in profits this quarter even as US President Joe Biden lambasts the industry for closing plants.

With little prospect for any near-term boost in gasoline output, the bonanza will go on for years, barring an economic crash, JPMorgan Chase & Co. (NYSE:JPM) said. Fuel supplies already are so tight that any surprise hiccup in the system, such as a hurricane that rakes Gulf Coast refineries, could force rationing, according to the bank.

With US consumers paying a record $5 for a gallon of gasoline and sky-high diesel prices bleeding through the rest of the supply chain, Biden has pivoted from blaming Vladimir Putin’s war on Ukraine to accusing domestic refiners for gouging and profiteering.

Just days after Biden asserted that Exxon is making “more money than God,” his emissaries fanned out to press the case that something suspect is going on with fuel production and pricing.

“The last time oil was $120 a barrel the cost at the pump was $4.25 a gallon, now it’s nearly $5 a gallon,” Bharat Ramamurti, deputy director of the National Economic Council, told Bloomberg TV this week. “Where’s that difference coming from? It’s coming from refiners and the huge margins that they’re racking up.”

Meanwhile, Ramamurti’s boss at the NEC, Brian Deese, called on refiners to restart the million barrels of daily production capacity that was taken down during the pandemic. In meetings with the chief executives of Exxon, Chevron Corp. (NYSE:CVX) and other companies, Deese sought to “understand what it would take for them to increase production in the near term.”

To be clear, Exxon and Chevron actually increased fuel-making capacity during the pandemic.

“We have been in regular contact with the administration, informing them of our planned investments to increase production and expand refining capacity in the United States,” Exxon spokesman Casey Norton said last week after Biden’s “more money than God” quip.

Across the sector, however, nationwide refining capacity declined by about 5% as aging plants were converted to renewable-fuel complexes, or mothballed because it would cost too much to modernize them.

For example, LyondellBasell Industries NV (NYSE:LYB) plans to shutter its century-old plant along the Houston Ship Channel after a years-long, unsuccessful search for a buyer. A fire this week that forced the company to reduce crude processing demonstrated the danger in operating old equipment and the fragility of the supply stream.

Exxon, a bellwether for the industry because of its size and scope, is forecast by analysts to post the second-highest earnings in the company’s modern history due to surging prices for oil, natural gas, chemicals and fuel. Its US refining business is expected to generate record returns during the current quarter — a whopping 50% more than the previous nine periods combined.

“We see above average refining margins for multiple years, absent the recession scenario” JPMorgan analyst Phil Gresh said in a telephone interview. “With low product inventories and minimal spare capacity, a severe hurricane could lead to a pretty bad outcome. A rationing scenario is not out of the question.”

Marathon and Chevron didn’t immediately respond to requests for comment. For an industry that was almost crushed by the pandemic-driven slump in consumption and prices, the outlook has been transformed by an improbable confluence of soaring demand, geopolitical turmoil and supply restrictions that aren’t easily or quickly reversed.

In normal times, the gap between US fuel output and demand would be filled by imports. But sanctions against Russia and China’s protectionist stance on petroleum exports have contributed to a global squeeze. One measure of American refining profits surged to almost $61 a barrel this month, a three-fold increase from the beginning of the year.

The top US refiners — Marathon, Valero Energy Corp (NYSE:VLO)., Phillips 66 (NYSE:PSX), Exxon and Chevron —  are expected to make a record $10.4 billion this quarter, according to Bloomberg Consensus data.

Even more staggering: this will exceed previous records that included one offs such as the impact of former President Donald Trump’s 2017 tax reform, and more recently Marathon’s massive sale of the Speedway retail chain. All five stocks are up more than 40% this year, compared with the 22% slide in the S&P 500 Index.

Booming returns have drawn the ire of Democratic lawmakers such as Oregon Senator Ron Wyde, who is threatening the industry with a 21% surtax on profits deemed to be excessive, according to people briefed on the proposal.

Despite the waterfall of cash, refiners almost certainly will never build another US plant, according to Chevron CEO Mike Wirth. The cost, regulatory challenges and long-term risk of sweeping policy changes would doom any such project, he said.

“You’re looking at committing capital 10 years out, that will need decades to offer a return for shareholders, in a policy environment where governments around the world are saying: we don’t want these products,” Wirth told Bloomberg Television. “We’re receiving mixed signals in these policy discussions.”