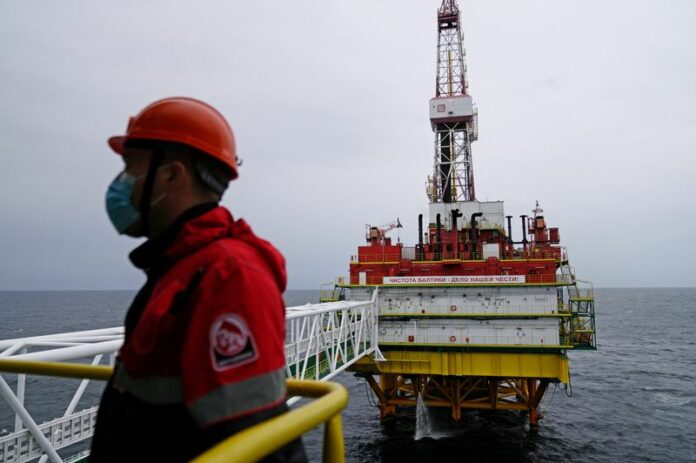 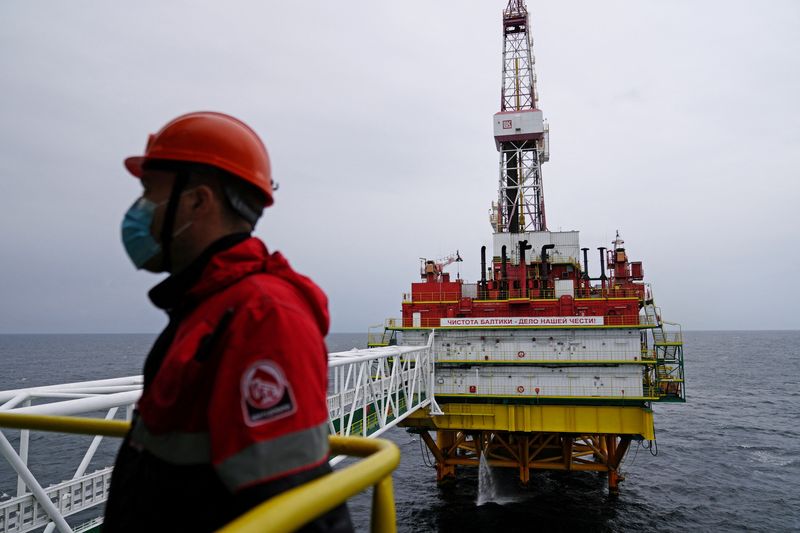 © Reuters. FILE PHOTO: An employee is seen at an oil platform operated by Lukoil company at the Kravtsovskoye oilfield in the Baltic Sea, Russia September 16, 2021. REUTERS/Vitaly Nevar/File Photo

Russia slashed flows through its Nord Stream 1 pipeline to 40% of capacity last week citing problems with equipment, having already cut gas to Poland, Bulgaria, the Netherlands, Denmark and Finland over their refusal to comply with a new payment scheme.

Timmermans said 10 of the EU’s 27 member countries have issued an “early warning” on gas supply – the first and least severe of three crisis levels identified in EU energy security regulations.

“The risk of full gas disruption is now more real than ever before,” he said.

He repeated Brussels’ assertion that Russia has weaponised energy supplies. Russia has denied the cuts are premeditated.

The EU relied on Russia for 40% of its gas before Moscow invaded Ukraine. With Russian supply dwindling and gas prices soaring, some countries have increased use of coal power plants, while insisting this is temporary and will not thwart climate change targets.

EU countries must have plans in place to manage three levels of gas supply crisis – an early warning, an alert, and an emergency.

The “early warning” stage focuses on monitoring supplies, while an “alarm” theoretically enables utilities to pass on high prices to consumers and help lower demand. The “emergency” level allows governments to force industry to curtail activity to save gas.

Russia’s cuts have raised concerns that Europe will struggle to fill gas storage – now at 55% – enough to cope with any further supply shocks during the peak winter heating season. The EU last month agreed an emergency law requiring countries to fill gas storage 80% by Nov. 1 this year.